Almost half of sim-only mobile customers are paying £104 more per year for an identical service as other customers with the same provider, new research claims.

This has led to around 5.1million customers being stung collectively by £532million each year in overpayments, a study by bill comparison website, Is My Bill Fair, shows.

The research found that EE customers were worst off, overpaying the most out of all the providers at an average of £10.54 per month, or £126.48 a year.

However, O2 was named as the network that had the highest amount of customers who were overpaying. 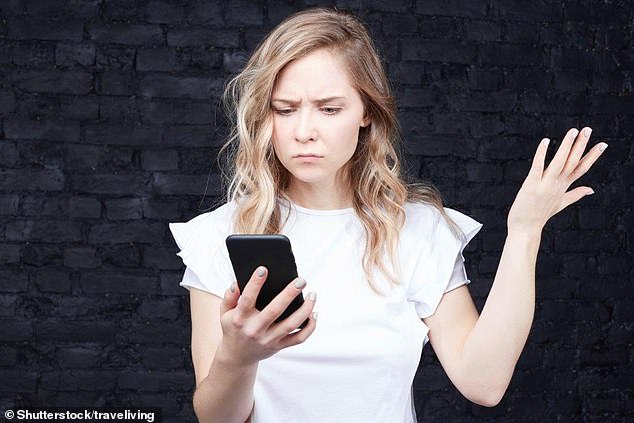 Charged: O2 has the highest number of SIM only customers paying more than they should

Is My Bill Fair then split the data by provider and customer package. The cost of each customer’s package was compared to the cost of the equivalent package for new customers for each provider.

The company then identified all the customers paying a higher price than the equivalent best deal available for their provider and a loyalty penalty was calculated for each provider and each package.

These figures were averaged across each provider for all the packages analysed in the research.

The research found that, overall, customers pay an average of £14.90 a month for their sim-only deals.

EE has a lower amount of customers overpaying, however, the average amount they are overpaying by is the highest out of all the providers at £10.54 per month – £126.48 a year.

This is more than half the average monthly EE bill at £20.11.

This is Money has contacted O2 and EE for comment.

Vodafone customers also have a high average bill of £20.22, with half overpaying for their deal at a monthly average of £10.27 according to Is My Bill Fair.

On the other end of the spectrum, 22 per cent of Virgin Mobile customers are overpaying for their deal at an average of £4.60 a month, which is the lowest average overpayment out of the major phone providers.

A further 21 per cent of GiffGaff customers are paying more than they should for their sim-only deal with the average overpayment coming in at £4.77.

If you feel that you are overpaying on your sim-only deal after reading this story, it’s time to contact your mobile provider and bag a better deal.

Here’s some tips for doing it:

– If you have been with the same operator for a number of years, you might have fallen into the loyalty trap. Take a look online at the best deals, then contact your provider and ask them to match it – or at least bring your bill down.

– Check your usage. You might not be using anywhere near as much data, minutes or texts as you expect, especially if you hook up to wi-fi with your phone. Make sure you’re not overpaying for extras you don’t need – and ask for a better deal if you are.

– Don’t give up if they the staff member at the end of the line doesn’t play ball. Contact the firm in question a few days later. If you’re still not getting anywhere, simply vote with your feet.

Why do people choose sim-only?

Many people opt for sim-only deals as they tend to be cheaper than monthly contracts which include paying for the call/data package and the handset.

They are also more flexible as you are unlikely to be tied into a 24 or 36 month contract, usually on a rolling basis meaning you only need to give a months’ notice when you wish to cancel.

Having a sim-only deal also means you can tailor the contract around your needs. For example, you can choose a sim that will have a certain amount of minutes, data and texts that will fit how much you use a month.

However, it can be difficult for sim-only customers to find the best value deal as there are over 250 variations of contracts on the market.

Alex Perrin, chief executive of Is My Bill Fair, said: ‘Most people think if they’re on a sim-only deal they’re getting the best value for money.

‘Wrong, our research shows nearly half of people could be paying on average anything up to £126 a year more than you should be.

‘There are hundreds of sim-only deals out there and the process of moving to a new one is quick and painless, particularly as so many are on 30 day rolling contact so you’re not tied in. 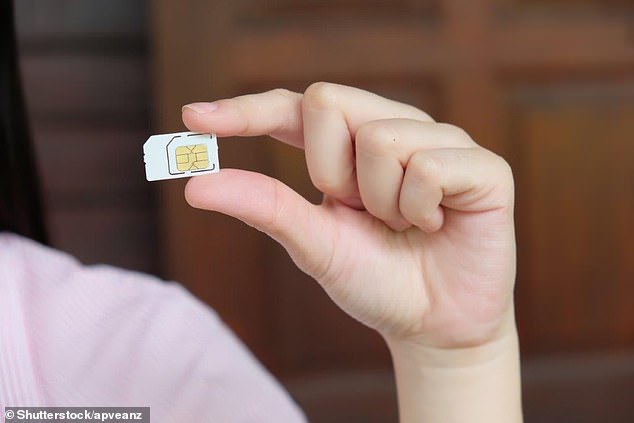 Millions of customers in the UK are overpaying for their SIM only deal, research has revealed

‘Gone are the days when you had to wait several days to move your mobile number.

‘There really is no excuse to pay more than you should for these deals, especially if you’re out of contract and you’ve paid for your handset.

‘More often than not you don’t even have to switch, you just need to ask your provider to do the right thing and give you a better deal. This can be more minutes or data, a lower monthly bill or both.’

Citizen’s Advice launched a super complaint last year which called on the Competition and Markets Authority to tackle the loyalty penalty to protect customers from being ripped off.

It claims that millions of customers are overpaying for their services without knowing it.

The charity has asked the CMA to find a solution the loyalty penalty and help consumers better understand their bills.

Are you being stung by the loyalty penalty?

This is Money has launched a new campaign to tackle companies that charge their customers more money for remaining loyal.

Check Your Bill encourages This is Money readers to take three simple steps:

– Compare this to what new customers get and rival firms’ prices

– Demand a better deal or switch.

As we know the loyalty penalty tends to hit older customers and the less internet-savvy hardest, This is Money is also calling on our readers to help their friends and relatives.

It will only take a little bit of time to help ensure they are not being ripped off by insurers, telecoms firms, breakdown providers, energy firms and other providers – and you could give them the gift of saving hundreds of pounds on their bills.