A new global surveillance system may be able to predict where the next coronavirus hotspots will be.

Developed by researchers at Northwestern University in Illinois, it can track where the virus is, where it is going, how quickly it will arrive and whether or not it is accelerating.

Its most recent report claims Wisconsin is on track for an ‘explosion’ of cases as the virus spread is ‘accelerating’ in Hawaii, Maine and Vermont.

The team says the system, being rolled out in 195 countries on December 3, can be used to inform local, state and federal leaders where the outbreak is occurring before hospitals or morgues become overcrowded.

Northwestern University has developed a new coronavirus surveillance system that will track where the virus is, where it is going, how quickly it will arrive and whether or not it is accelerating (above) 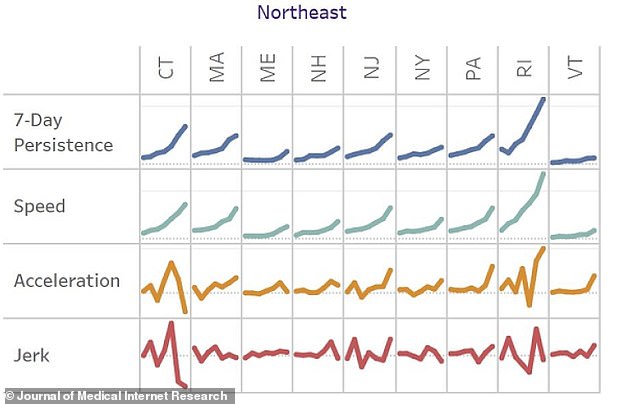 In its first report on the US, it found Hawaii, Maine (third from left) and Vermont (far right), have the smallest rate of new daily cases per 100,000 people but are seeing an acceleration 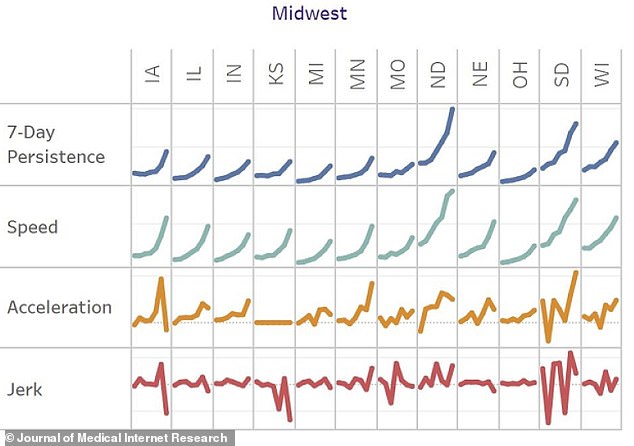 Additionally, Wisconsin (far right) is likely to experience an ‘explosion’ because it has the same average number of cases at California, but the latter is 6.8 times bigger

‘Now we can easily identify outbreaks at their beginning,’ said Lori Post, lead investigator and director of the Buehler Center for Health Policy and Economics at Northwestern University Feinberg School of Medicine.

‘You want to know where the pandemic is accelerating, how fast it is moving and how that compares to prior weeks.’

The first report of the project, which is named GlobAl Sars-CoV2 Surveillance Project (GASSP), will be published in the Journal of Medical Internet Research.

The team says that current surveillance systems only measure new cumulative cases and deaths rather than an acceleration of disease transmission.

‘For example, relative to other countries, the Netherlands is a small country and doesn’t have the same caseload as some larger countries like Spain,’ Post said,

‘But they have alarming signs right now – increased speed, acceleration and positive jerk and that means potential for explosive growth.’

In the US, if factors show one state’s situation is looking bad, the system can narrow it down to the problem occurring at the county level.

In the first nationwide report, the team detailed several findings.

However, all three are seeing an acceleration in cases, which means leaders need to enforce masking, social distancing, crowd control and hygiene before they see an explosion.

Meanwhile, in the Midwest, Wisconsin is likely to experience an explosion. The state has the average number of new cases per day as California, despite California being 6.8 times bigger than Wisconsin.

And in the Mountain West, Wyoming [has several indicators over the past three weeks indicating their outbreak is going to get much worse.] 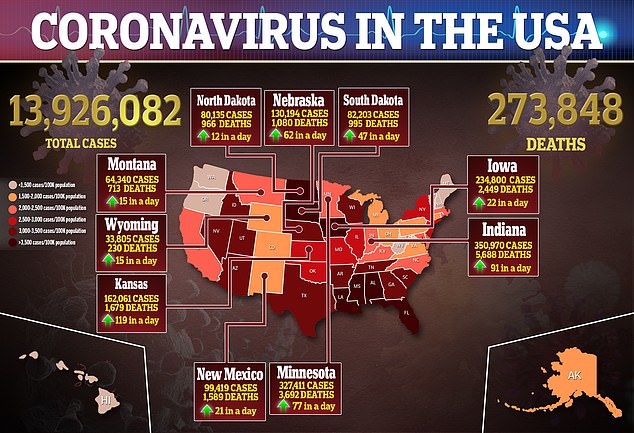 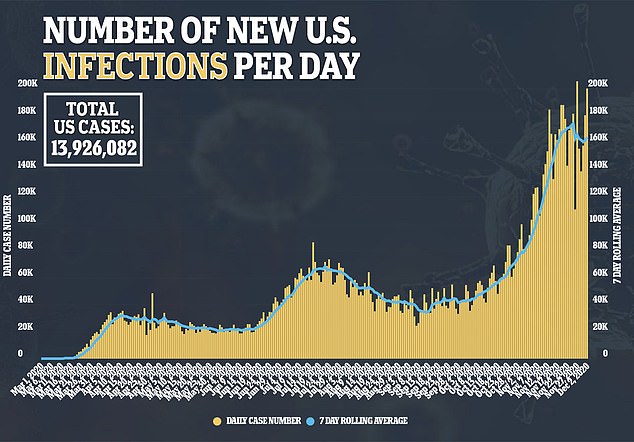 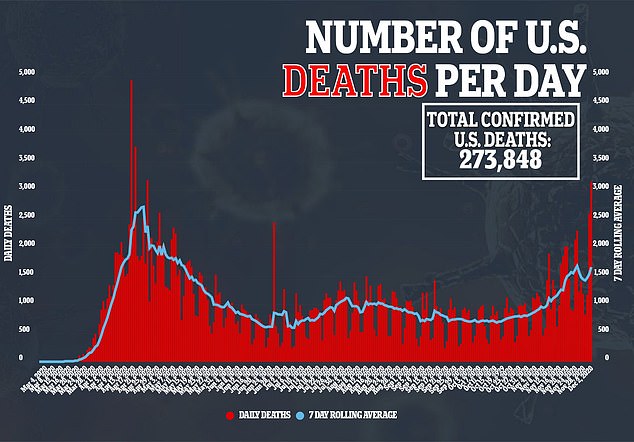 The authors say that speed isn’t enough to monitor the pandemic and that the key is to measure acceleration.

Specifically, the system uses a measure known as jerk, which looks at acceleration from week to week.

This can help leaders mitigate the pandemic before stress is placed on health care systems.

‘If you are the governor of New York, it is not helpful to prevent future outbreaks by looking at how many people already were infected by the novel coronavirus,’ Post said.

‘You want to know what is going on now and what are likely scenarios in the near future. By looking at speed, acceleration and jerk, we can inform leaders where the outbreak is occurring before it shows up in overcrowded hospitals and morgues.’

The team likens its surveillance system to air traffic control guiding an airplane through a thunderstorm.

‘The pilot can’t see. They don’t know where to go – they need information,’ Post said.

‘We have to guide that plane on instruments. Analogously, we need to inform public health leaders when there are significant shifts to the pandemic.’ America was hit with COVID-19 from two continents, studies suggest