Manchester City transfer analysis: Rodri will prove to be an important addition and Pep Guardiola has strengthened at full back … but will they cope without Vincent Kompany?

By Kate Mcgreavy For Mailonline

Pep Guardiola boasts the strongest squad in the Premier League but the Champions League is still the competition he wants to win at Manchester City.

City were knocked out of Europe by Premier League rivals Tottenham at the quarter-final stage last season.

Do City now have a squad to not only be at the top of their game domestically but to also achieve success in Europe? Here, Sportsmail looks at City’s transfer business this summer ahead of the 2019-20 season.

City wasted no time in securing the services of a midfielder capable of being a long-term replacement for veteran Fernandinho.

City signed Rodri from Atletico Madrid in a £63million five-year deal which made the 23-year-old the club’s most expensive signing.

Kevin De Bruyne praised Rodri following City’s Community Shield victory over Liverpool last weekend, he said: ‘I think he’s the perfect DM for the way we want to play. Our DM is a really difficult position. You need certain players for it and there’s not a lot of people who can do both sides of it.

‘I think the way he’s performed in pre-season and in training has been phenomenal. To be the new guy and still be on this level is a good sign.’

Fernandinho is a key cog in Guardiola’s formidable machine but he suffered from various injuries last season.

Rodri impressed in front of the back four at the Wanda Metropolitano last campaign and looks to be a pivotal signing who will strengthen City’s midfield. 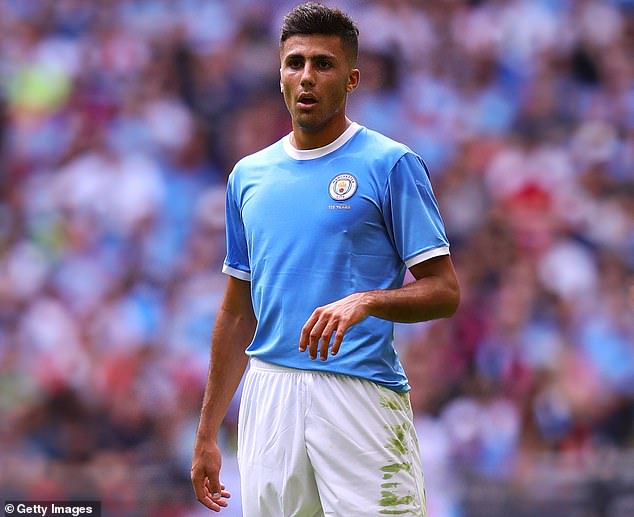 The two notable players City allowed to leave during the summer transfer window were Vincent Kompany and Fabian Delph.

Captain Kompany was an instrumental figure at the heart of the defence during his 11 years at the club.

At 33 Kompany rejoined Anderlecht as player-manager this summer to kick start the next chapter of his career.

The centre back’s recent seasons were hindered by injuries but he scored the screamer against Leicester to help City lift the Premier League trophy.

It will be his leadership both on and off the pitch that will be missed. 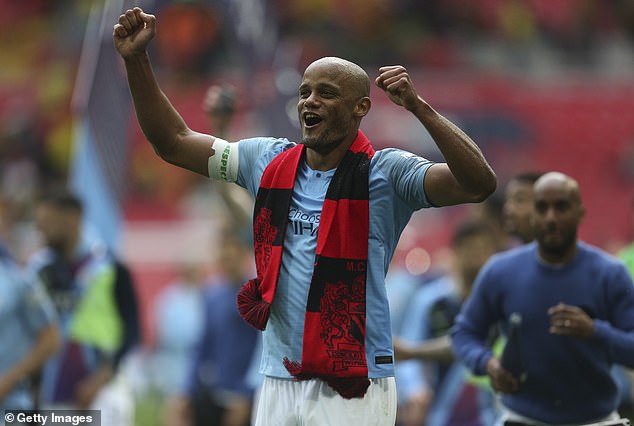 Prospects for the new season

Finding another option in defensive midfield was a necessity to lessen the strain on 34-year-old Fernandinho.

City have also strengthened in the full back area with the additions of Angelino from PSV Eindhoven and Joao Cancelo from Juventus.

The pair will provide alternative options to the likes of Kyle Walker, Benjamin Mendy and Oleksandr Zinchenko.

City have not signed a new centre half to replace Kompany but as a whole have more strength in depth to compete on all four fronts.

Defender Eliaquim Mangala was told he could leave the club for free this summer but remains on City’s books at present.

Mangala, who may still depart as the European transfer window remains open until September 2, will see game-time limited if he stays at the Etihad.

Leroy Sane was heavily linked with a switch to Bayern Munich during this window.

But on transfer deadline day City confirmed the Germany international suffered an anterior cruciate ligament injury last weekend and will be out for a long period, which wrecked any possibility of a move going ahead this summer. 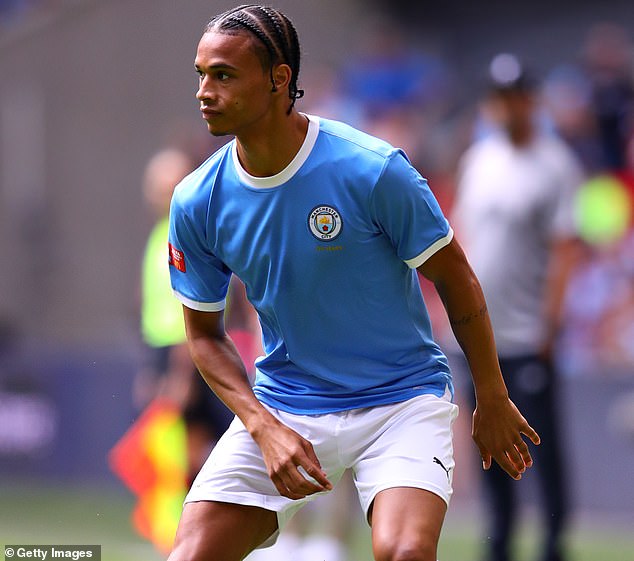 How do you improve a squad that has won back-to-back Premier League titles? Guardiola has managed to do that this summer by bringing in players to add to his already-strong group.

Rodri will prove to be an important addition and City now have plenty of cover at full back.

One area that might become problematic if injuries are sustained is at centre back following the departure of Kompany.