‘It was like playing against a top Championship side’: Joe Cole savages LaLiga leaders Atletico Madrid after Champions League exit and claims Diego Simeone’s men did not come ‘close to making a dent’ in Chelsea

By Kishan Vaghela For Mailonline

Atletico Madrid played like a ‘top Championship side’ against Chelsea and did not come close to threatening their hosts, according to Joe Cole.

Diego Simeone’s men crashed out of the Champions League after a 2-0 defeat by the Blues at Stamford Bridge following goals from Hakim Ziyech and Emerson.

Atletico Madrid played like a ‘top Championship side’ against Chelsea, according to Joe Cole 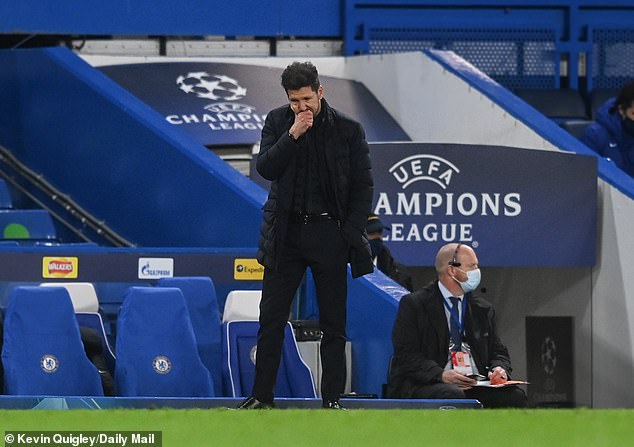 Cole slammed Atletico after their defeat in Romania, and the former Chelsea star was no more complimentary on BT Sport after their 3-0 aggregate exit in west London, describing the clash as a ‘non-game’ and claiming they resembled a team in England’s second division as opposed to Spanish league leaders.

Speaking about Emerson’s 94th minute goal – which sparked wild celebrations on the pitch and among team-mates in the stands – Cole said: ‘It was a beautiful end to a perfect game for Chelsea, and Atletico did not even get close to putting a dent in Chelsea tonight.

‘There were a couple of half chances, but it was a non-game. I said at half-time, this is like Chelsea playing against, no disrespect, a top Championship side or a team at the bottom of the Premier League like a Fulham or a West Brom.’

The former Chelsea star’s comments came just a few weeks after he tore into the quality in LaLiga as a far cry from what it once was. 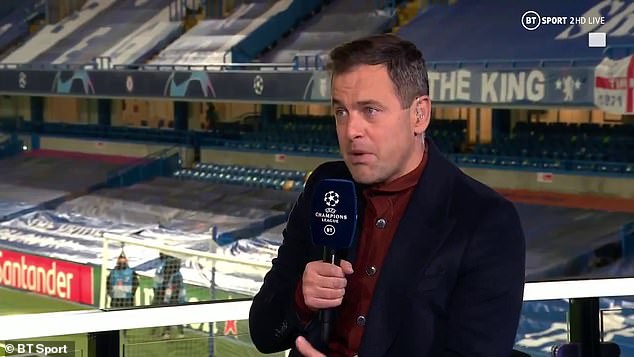 ‘They made it an uneventful night and didn’t give Atletico anything to bite on,’ Cole said after the first leg in Bucharest.

‘Tactically well done. If that’s the best LaLiga has to offer, then it must be in trouble.

‘This team looked a shadow of themselves. I thought it was gonna be a tough one without N’Golo Kante but Chelsea just dominated. They controlled possession and were in charge of the game throughout.

‘I was surprised Simeone didn’t switch it up earlier.’ 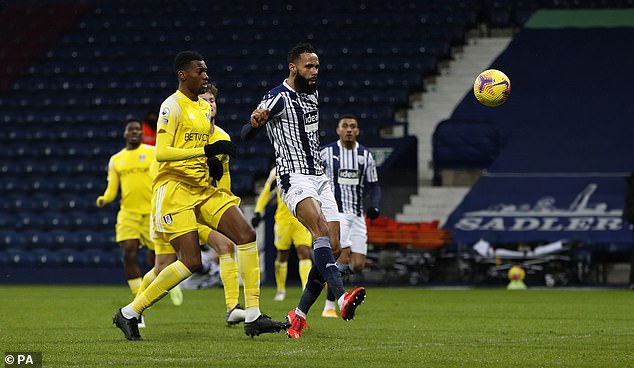 Villa, Derby and Sheffield Wednesday among clubs that face sanctions