A father-of-one underwent a remarkable transplant that involved his donor’s beating heart being stored in a box outside of his body.

James Walton suffers from the genetic disorder Marfan Syndrome, which affects the connective tissue that holds every cell in the body together, including those found in the heart.

Although he has managed to live a relatively healthy life, his aorta – the largest artery in the body – suddenly ruptured, with him being put on the urgent heart transplant list on January 3 this year.

After waiting five days, the 34-year-old became the third person in the UK to have the procedure after the donor organ was kept ‘alive’ via a ‘Heart in a Box’.

This buys surgeons more time than preserving the organ on ice, with the heart continuing to beat as it pumps blood around its ‘box body’.

Five weeks on, Mr Walton is at home in Stoke-on-Trent and doing well. 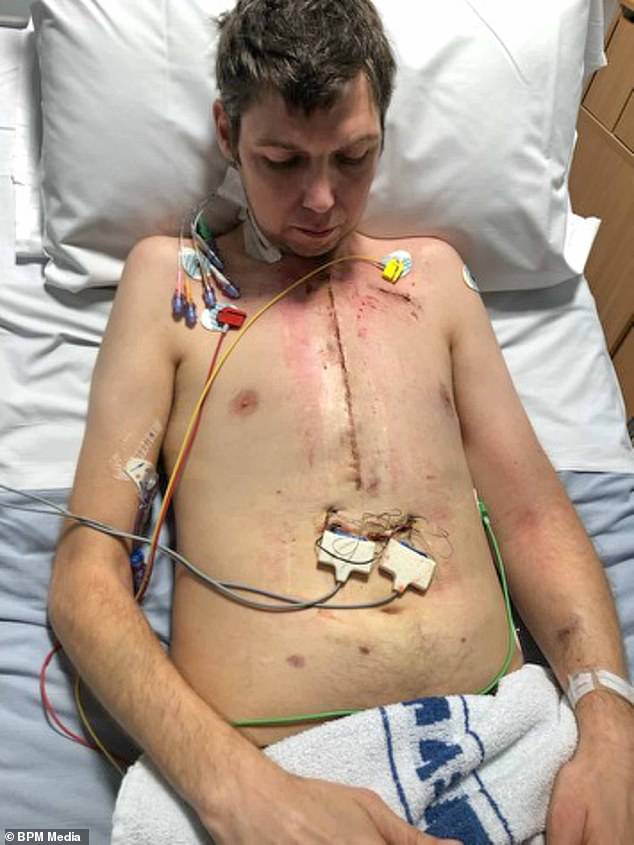 Speaking after the surgery, Mr Walton – who has a three-year-old son called Jack – said: ‘As soon as I woke up, I felt like a new person. I felt great. I can breathe again.

‘Most importantly, I can spend time with my little boy.’

Mr Walton, who works as a joiner, started to deteriorate in 2015 and needed surgery that October when his aorta ruptured for the first time.

The following year he had an additional procedure to have his aortic valve replaced and a pacemaker fitted.

But all the operations failed to do the trick, with Mr Walton being barely able to walk, battling constant pain and struggling to breathe.

Doctors decided his only option was to be given a new heart. 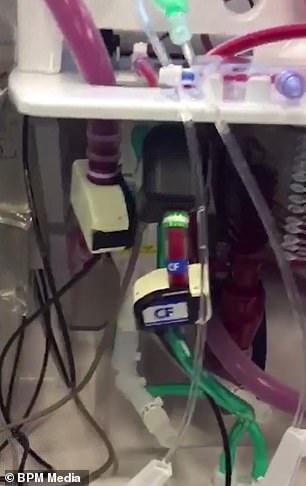 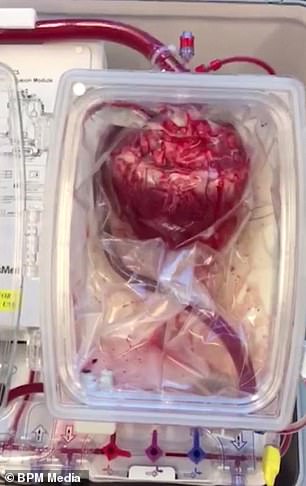 Vital: The heart was stored in a plastic box (R) for five hours while the procedure was completed, with blood pumped into the muscle to keep it alive (L) 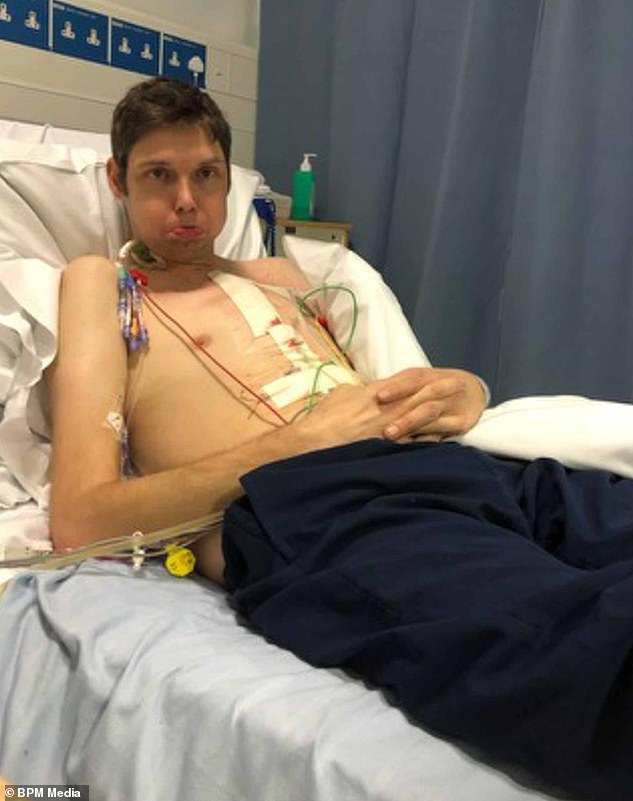 Mr Walton, seen here in his hospital bed at Birmingham’s Queen Elizabeth Hospital, is just the third person in the UK to undergo the gruesome procedure

‘My heart wasn’t working right so it was affecting my day-to-day life,’ Mr Walton said.

‘I was finding it hard to breathe, and to play with my little lad.

‘I couldn’t really do anything in the end.’

He became so ill that on some days he could not even get out of bed.

And despite having a pacemaker fitted, his heart was unable to get enough oxygen around his body.

‘He couldn’t play football or go to the park with our three-year-old boy. He was exhausted all the time.

‘His heart wasn’t pumping enough blood and wasn’t giving enough oxygen to the body. Sometimes he couldn’t even get out of bed for days because of the pain.’

Mr Walton was admitted to the Royal Stoke Hospital at the beginning of December, where doctors first discussed the possibility of a heart transplant.

Then, just after Christmas, he was transferred to the Queen Elizabeth Hospital Birmingham, where things took a dramatic turn for the worse when his aorta ruptured.

‘Our whole family was shocked when we heard he was on the transplant list,’ Mrs Walton said.

‘We were told we would probably be waiting for around three months, or possibly even a year.

‘But James was too ill to leave hospital. We got told he would have to stay in until they found one and we were preparing for a long wait.

‘When we heard they had found a heart just five days later we were absolutely stunned.’

Mr Walton was taken down to theatre, where the surgeon Majid Mukadam retrieved a heart from a donor patient.

The joiner was also given immune-suppressing drugs to minimise the risk the heart would be rejected by his body.

Queen Elizabeth Hospital is one of the only centres in the UK to have a Heart in a Box after the QEHB Charity and Heart Research UK raised £265,000 to fund the machine. 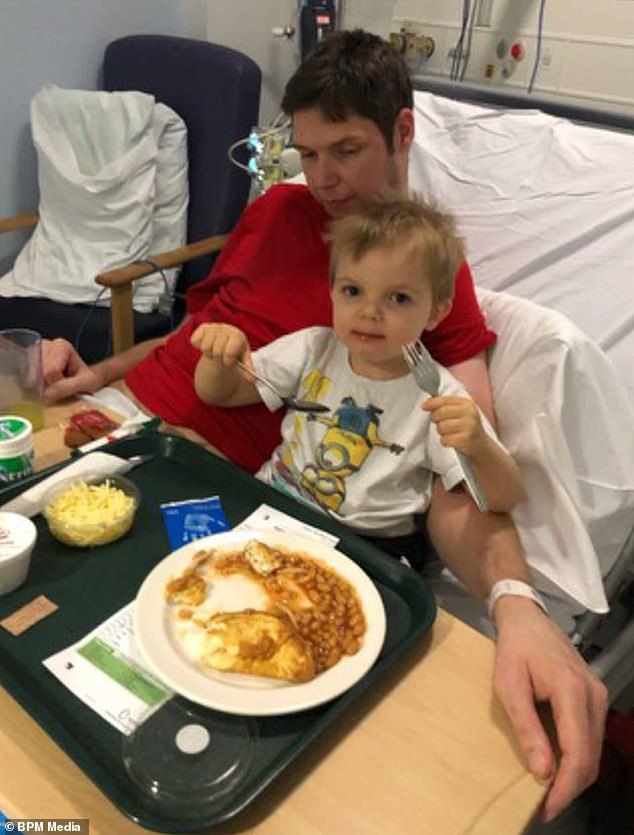 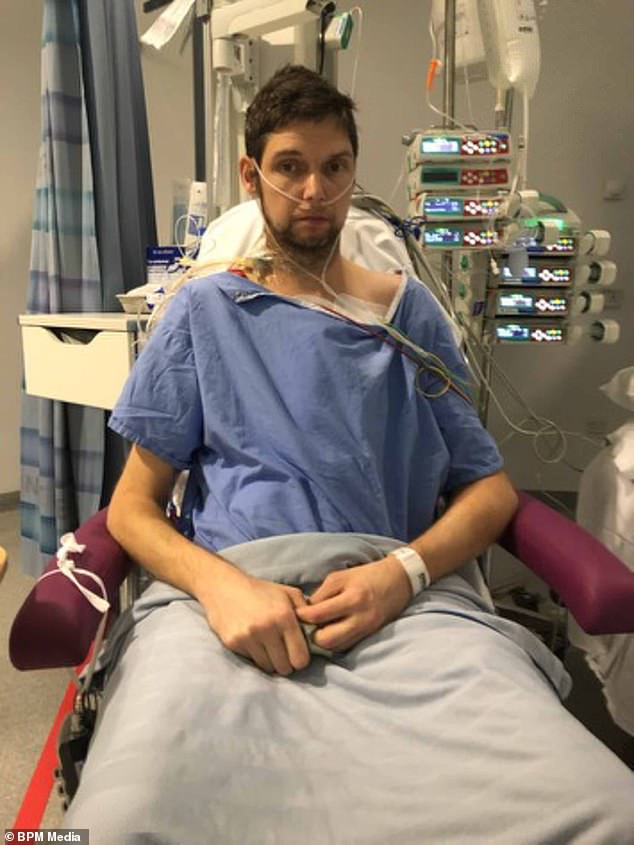 Brush with death: Seen ahead of his procedure, Mr Walton became desperately ill after his aorta burst, leaving him barely able to walk more than a few yards 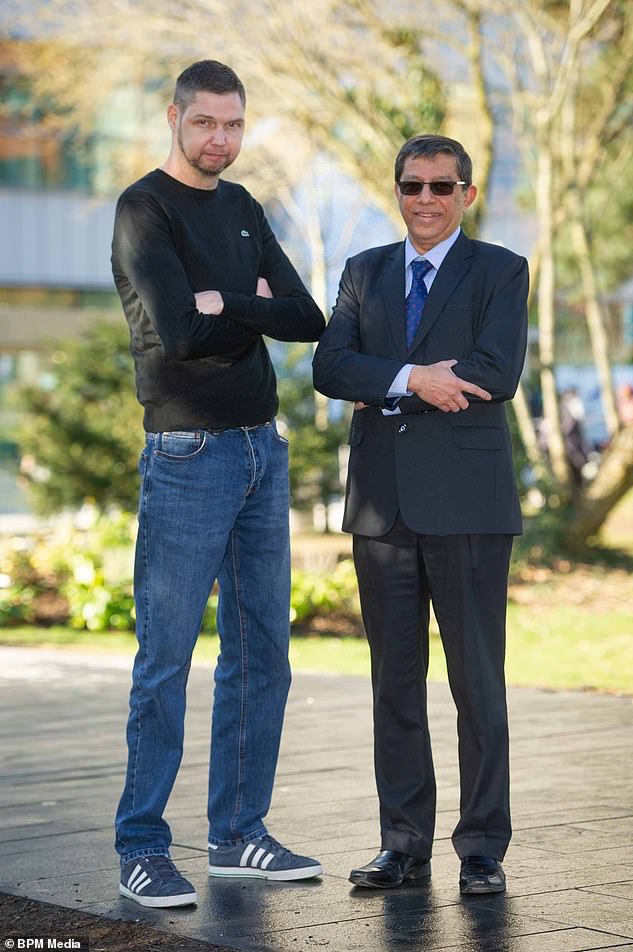 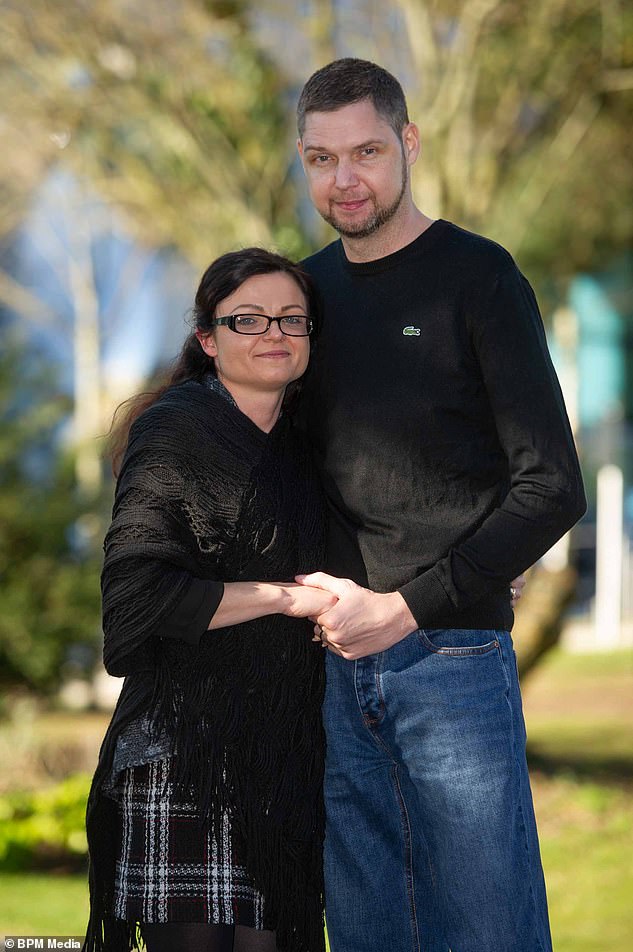 Thankful: Mr Walton and his wife Kat, who is thankful the rare procedure saved her family

With the surgery a success, Mr Walton appears to be doing well.

‘It’s still early days, but James is much more active,’ his wife said.

HOW DOES A ‘HEART BOX’ WORK?

Heart in a Box keeps a donated heart beating outside of the body, with

blood pumping through the organ, along with immunosuppressant drugs.

It’s equipped with an oxygen tank, supply of blood, batteries, and special

electric and mechanical equipment to monitor the organ, and pumps

nutrient-rich warm blood round the donor heart, keeping it beating as

though inside a body.

This helps to irrigate the heart and make sure that it is in the best condition possible before transplant.

Crucially, compared to the traditional ice box method, this lengthens the amount of time that surgeons have to carry out the transplant, making the operation easier for both surgeons and patient.

Heart in a Box is transportable and means that organs can be moved around the country to save lives anywhere.

‘Jack now has his daddy back. He can chase him around and play games with him.

‘Before, he would be too out of breath and too tired.

‘He’s even cooking! It’s only a few weeks after the transplant and we can’t believe the difference.’

The couple only discovered last week Mr Walton was the first ‘guinea pig’ to try the Heart in a Box at the Birmingham hospital.

The procedure is not necessary for all transplant patients, but because Mr Walton had undergone multiple heart surgeries, he fit the criteria.

Mr Mukadam explained because Mr Walton had a lot of scar tissue, his heart would ‘cling’ to his body, taking them longer to remove it.

The Heart in a Box was therefore vital for a successful transplant.

Mr Walton said: ‘There’s people on the list who have been waiting seven or eight months to get a call.

‘I was so lucky I was only on the list for five days.

‘I don’t know anything about my donor yet, but I want to write a letter to the family when I get the opportunity. I’ll always be grateful for them for giving me a second chance.’

Barbara Harpham, chief executive at Heart Research UK, added: ‘To see such a young man given the gift of life is a wonderful way to show it was well worth all the effort to get this revolutionary machine in the Midlands.

‘It will go on to save many lives. We’re very grateful to everyone who gave to the Heart in a Box Appeal and at the same time remember with thanks, the donor and their brave family who made this precious gift possible for James.’ How concerned should we be about the Indian variant? Coronavirus: Over-50s and vulnerable in Indian variant hotspots will get second jabs rushed through Woman, 24, was paralysed from the neck down hours after she...