‘Chris Smalling smashed him first game… he woke the beast up’: Rio Ferdinand says Lionel Messi had a point to prove against Manchester United after being bloodied in first leg

By Robert Summerscales For Mailonline

Rio Ferdinand has suggested that Chris Smalling is partly to blame for Lionel Messi‘s superb two-goal display against Manchester United on Tuesday night.

Messi hit fine form as United were comfortably beaten 3-0 in the Nou Camp with Barcelona cruising into the Champions League semi-finals courtesy of a 4-0 aggregate victory.

Messi had been slightly subdued in the first leg six days earlier when he left Old Trafford with cuts on his face after being clattered by defender Smalling. 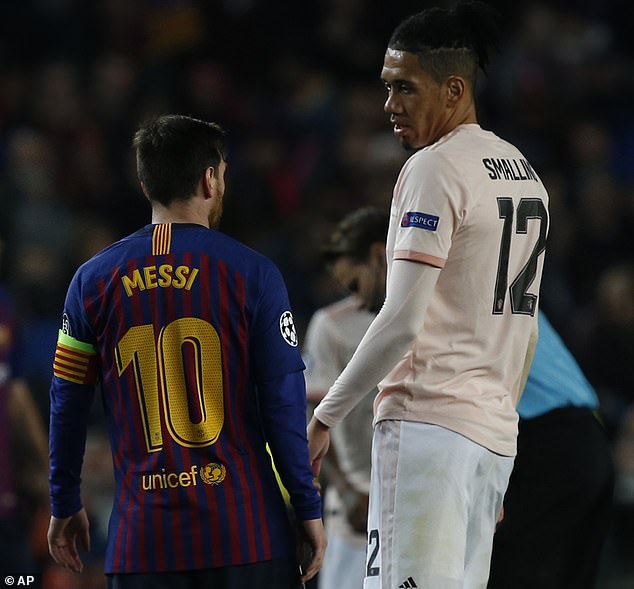 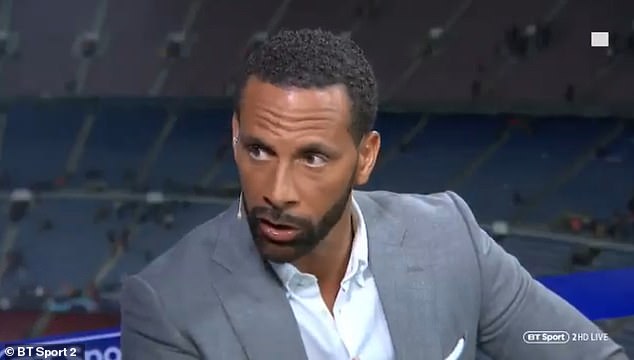 Former United centre back Ferdinand believes Messi may have used that clash for motivation to sink Smalling and Co.

‘He just comes alive he really does. One of the best live performances I have ever seen,’ Ferdinand told BT Sport. ‘Smalling smashed him in the first game, it is probably the worst thing that could have happened. He woke the beast up.

‘A player of this ability, sometimes you just have to say he is too good. Just to be here… there will be people in this stadium who can say: “I was there to see Messi”.

Ferdinand added: ‘It was a revenge mission in the second leg, he put on a clinic. People may say this Barca team isn’t as good as their former teams but with him in the team, they can beat anyone.’

Ex-Liverpool playmaker Philippe Coutinho added to Messi’s brace with a dipping long-range strike as Barca cruised into the last four,

They will play Liverpool or Porto in the semis. Liverpool take a 2-0 first-leg lead to Portugal on Wednesday night. 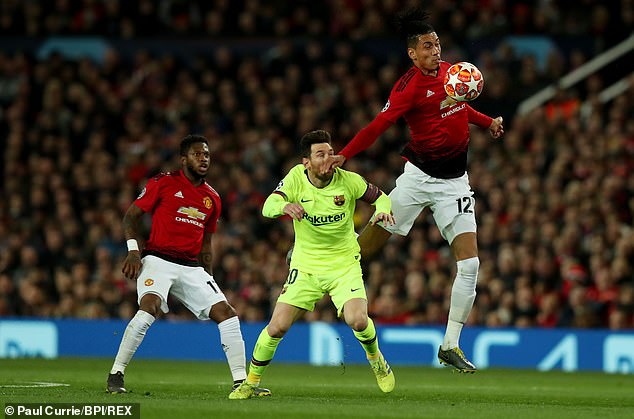 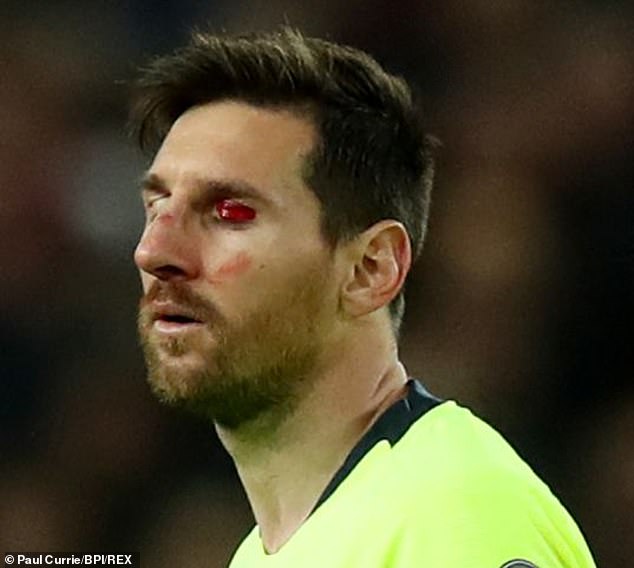