‘Never tell anyone they can’t achieve something’: Conor Hourihane responds to Aston Villa fan on Twitter who told him he’d never play in the Premier League five years ago

By Alec Fenn For Mailonline

After making his Premier League debut on Saturday, Conor Hourihane tweeted a fan who told him he’d never play in the top flight five years ago.

Back in 2014, Hourihane was plying is trade at League Two Plymouth Argyle but revealed in an interview with a local newspaper that his dream was to play in the Premier League.

A cynical Villa fan replied telling he wasn’t good enough to make it, but the Republic of Ireland international made it his mission to prove him wrong. 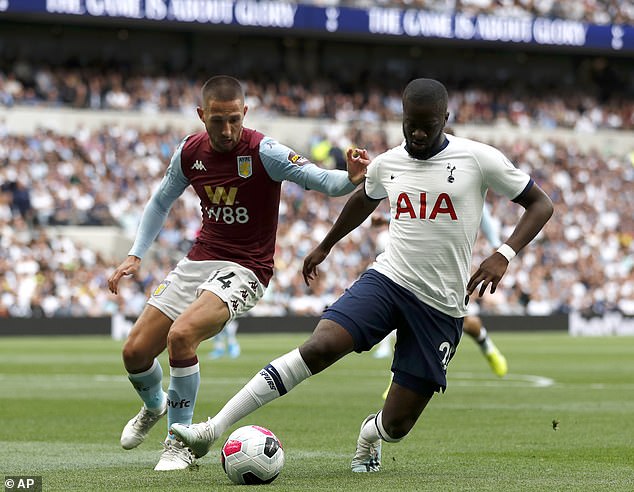 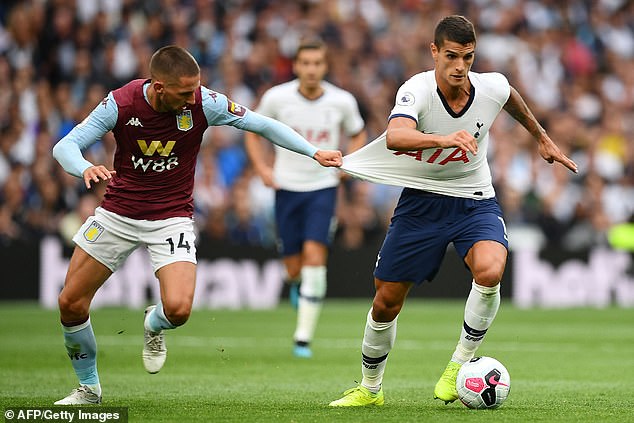 Last season, Hourihane played a starring role as the Midlands club won promotion to the top flight after a play-off final win over Derby County.

On Saturday, Hourihane was named in the starting XI for Villa’s trip to Tottenham on the opening day of the season and took great pleasure in recalling the old tweet. 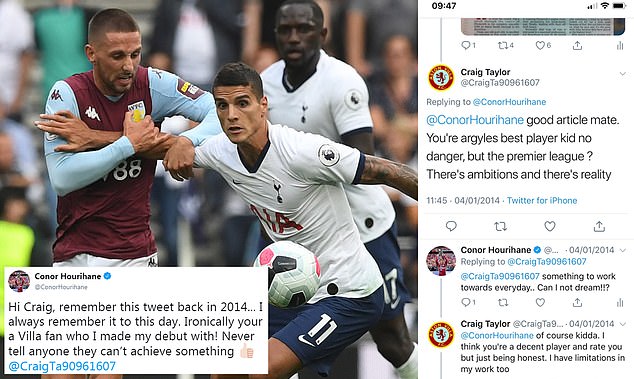 Unfortunately for the 28-year-old, he was helpless to prevent his newly-promoted side from suffering a 3-1 defeat at the Tottenham Hotspur Stadium.

Villa took the lead through John McGinn after nine minutes and looked to be on course for a stunning win, only for late goals from Harry Kane (2) and debutant Tanguy Ndombele gave Spurs victory.