No more speeding! EU orders that all new cars will be fitted with mandatory technology that will force you stick to EVERY speed limit from 2022

By Rob Hull For Thisismoney.co.uk

All new cars will be fitted with speed limiters from 2022 under tough EU safety rules.

New models will need to have Intelligent Speed Assistance (ISA) limiters as standard within three years after the European Commission approved the legislation.

The bill includes a raft of new safety measures that are now subject to the formal approval of the European Parliament and EU member states in September.

The rules will also come into force in Britain after the nation’s automotive certification body said it plans to mirror EU rules post-Brexit.

Restricted: The European Parliament, Council and Commission have approved legislation for speed limiters to be mandatory in the next three years

Cars will be have to be equipped with safety systems such as data loggers, autonomous emergency braking, lane keep assist, driver fatigue detection and reversing cameras or sensors.

All new models will need to have pre-wiring for alcohol interlocks to allow for the retrofit of in-car breathalysers for previously convicted drink drivers.

ISA technology works in conjunction with traffic-sign-recognition cameras and GPS data to determine the speed limit on the road the vehicle is being driven.

The system can then automatically adjust the restricted top speed by limiting the engine power.

However, drivers should be able to override the system by pushing hard on the throttle – just in case they’re overtaking another motorist who has decided to put their foot down.

The European Transport Safety Council (ETSC) called for all cars to have a switch to turn the ISA on or off, though each time a vehicle is started the feature will automatically be active.

It will instantly tell the driver to reduce their speed when they’re breaking the law.

If the driver continues to drive above the speed limit for several seconds, the system should sound an alert for a few seconds and display a visual warning until the vehicle is operating at or below the speed limit again, the transport safety council said.

The council is likely to push for there to be no off switch for the limiters once motorists have become accustomed to the systems. 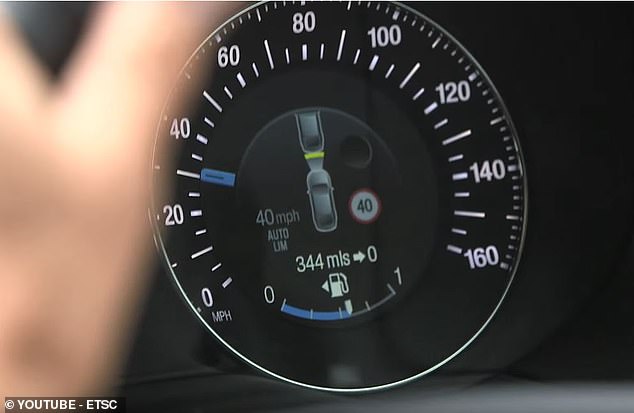 A Ford speedometer shows an ISA in action, with the speed limit automatically set at 40mph 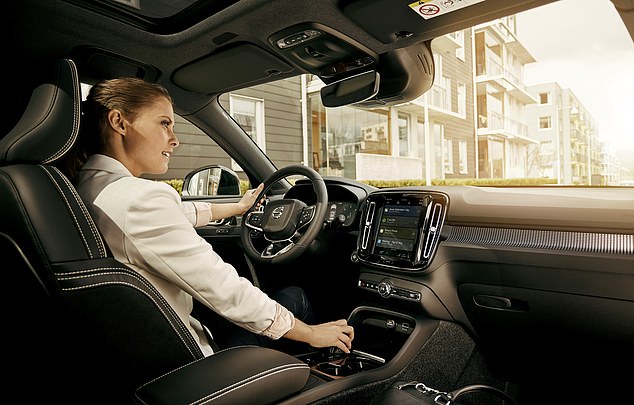 The legislation is due to come into effect from May 2022 for models that have not yet been approved for production and May 2024 for new cars currently for sale.

The council has been pushing for the introduction of speed limiting technology, claiming it will help to curb road fatalities across the continent.

According to its estimations, limiters will be able to cut traffic collisions by 30 per cent, potentially saving up to 25,000 lives in the first 15 years of them being mandatory.

The news follows Volvo’s decision at the beginning of March to restrict the top speed of all its new cars to 112mph from 2020 in an effort to eradicate all road deaths in its vehicles from 2020.

The Swedish brand will also install cameras in its cars from the early 2020s to monitor if drivers are drowsy or drunk – and bring the vehicle to a stop if this is the case. 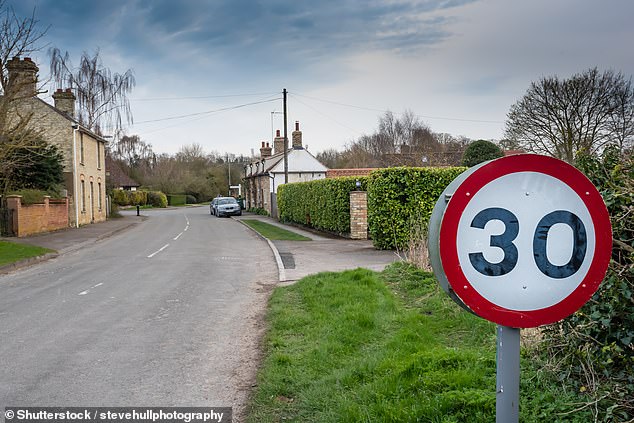 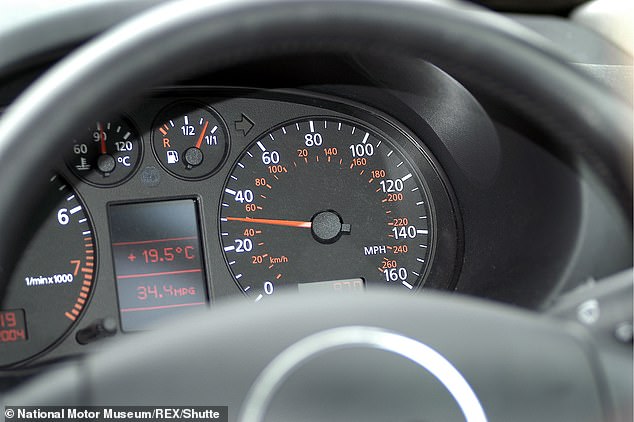 The measures are subject to the formal approval of the European Parliament and EU member states in September.

And Brexit is unlikely to save UK motorists from the arrival of these limiters.

That’s because car manufacturers are not expected to approve models separately for the UK market and the UK’s Vehicle Certification Agency – the designated Approval Authority and Technical Service for vehicles in the UK – has previously said it intends to mirror EU rules post-Brexit no matter the outcome.

Commenting on the provisional deal, Antonio Avenoso, executive director of the ETSC said: ‘There have only been a handful of moments in the last fifty years which could be described as big leaps forward for road safety in Europe.

The mandatory introduction of the seat belt was one, and the first EU minimum crash safety standards, agreed in 1998 was another.

‘If last night’s agreement is given the formal green light, it will represent another of those moments, preventing 25,000 deaths within 15 years of coming into force.’

Do I qualify for bereavement benefit six years after being widowed?