Albion Rovers’ David Cox, who previously revealed attempts to end his own life, QUITS football at half-time after claiming he was told ‘you should have done it right the first time’ by a fellow player in Scottish league

Albion Rovers striker David Cox has announced he has quit football after allegedly being taunted over his mental health by an opponent.

The forward posted an emotional video on Facebook, claiming he had walked out of Ochilview Park after being targeted by Stenhousemuir’s Jonathan Tiffoney during the League Two game.

Cox was on the substitutes’ bench for his side’s 1-0 win but headed straight for his car still in his Rovers kit, where he filmed the video captioned: ‘Another go at my mental health at football. Time to chuck it.’ 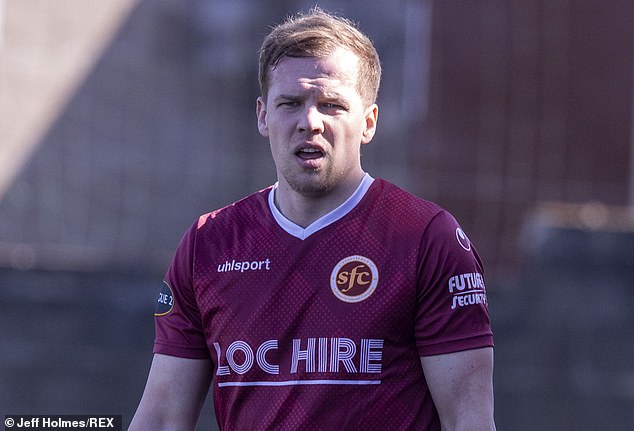 In the video, he shockingly claims – after verbal exchanges between the two benches – that he was told he should have ‘done it right the first time’.

He said: ‘I promised myself the next time it happened I would walk off the park. Obviously I wasn’t playing but I am done with football completely.

‘Some folk might not think it’s a big deal but I’m f***ing fed up listening to it.’

Stenhousemuir confirmed they had launched an investigation into what was said by both players.

In a statement, the Warriors said: ‘The club is aware of a verbal altercation that took place between players from both Stenhousemuir and Albion Rovers during tonight’s match. 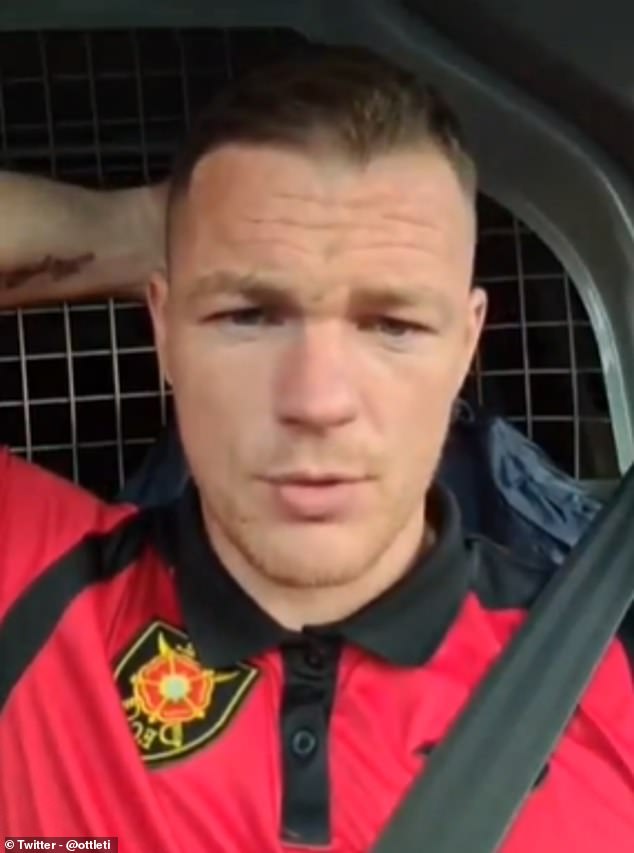 In the video, he shockingly claims he was told he should have ‘done it right the first time’

‘We have spoken to the players involved, David Cox (Albion Rovers) who was on the bench, and Jonathan Tiffoney (Stenhousemuir) who was playing.

‘Both players are making claims of serious and wholly inappropriate comments being made during the game that have implications for player wellbeing and mental health.

‘Whilst we accept things can get said during a game, we believe the allegations are sufficiently serious enough to merit a more detailed investigation. 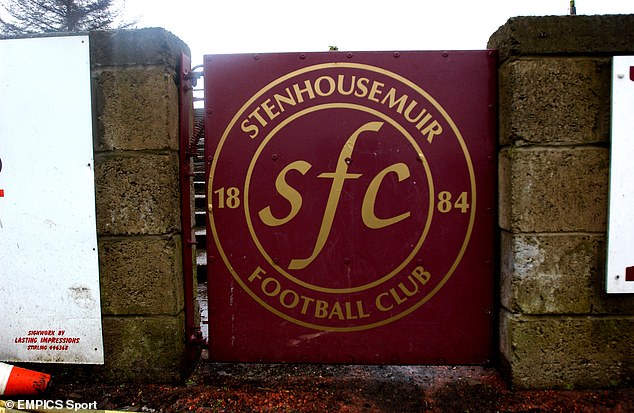 ‘We will be referring this to the Scottish FA tomorrow and will work with them and our colleagues at Albion Rovers to investigate the incident.’

Cox’s club backed him in a statement, which read: ‘The health, safety and well-being of everyone associated with Albion Rovers is of paramount importance to us.

‘Football is a place for all and we believe it should be enjoyed without fear, favour or prejudice.

‘We are aware of an alleged incident that occurred during this evening’s match and have been in touch with David Cox to offer our unconditional backing and support.’ 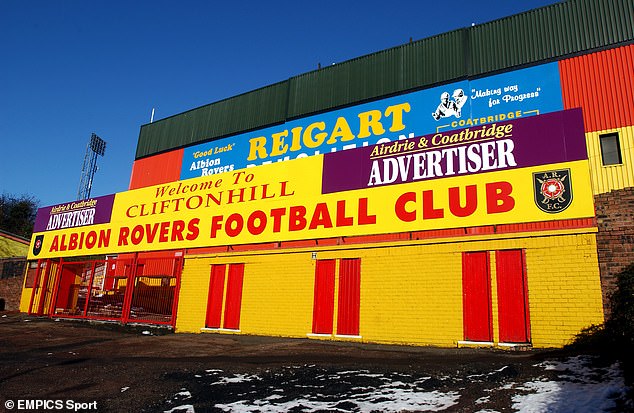 Albion Rovers backed Cox in a statement, saying he had their ‘unconditional’ backing

In 2014, Cox spoke about his depression and anxiety — and revealed he had made attempts to end his own life — in a bid to raise awareness and encourage fellow professionals to get help if they were enduring similar difficulties.

In December 2019, while playing for Cowdenbeath, he was on the brink of turning his back on the game for good after being abused on the pitch by opposing players and fans over his mental health issues.

But Cox was determined to end his career on his own terms and returned to football — until Thursday night’s alleged incident at Ochilview.