‘I’ve never felt pressure like that in my life’: Gerwyn Price reveals his relief after holding his nerve to claim his first PDC World Championship title and £500,000 prize by beating two-time champion Gary Anderson

The 35-year-old also becomes the new world No 1 after holding his nerve in a thrilling contest against two-time champion Anderson at Alexandra Palace.

Price stormed into a 5-1 lead in their best-of-13 final and, although he faltered with the title in sight, Anderson failed to capitalise.

‘It’s going to take a couple of days for it to sink in,’ Price told Sky Sports. ‘I’m on cloud nine. I can’t even speak. This means the world to me.

‘I was looking over at the scoreboard and it was 6-3 and I thought, ‘I’ve got a few darts, hopefully I can get more chances’.

‘But I bombed numerous opportunities and I was like, ‘Please give me another chance’ and I had to have Gary miss to give me one more opportunity.

‘Double five is close to double top, but it’s not my favourite. I’ve never felt pressure like that in my life. That was tough that winning double.’ 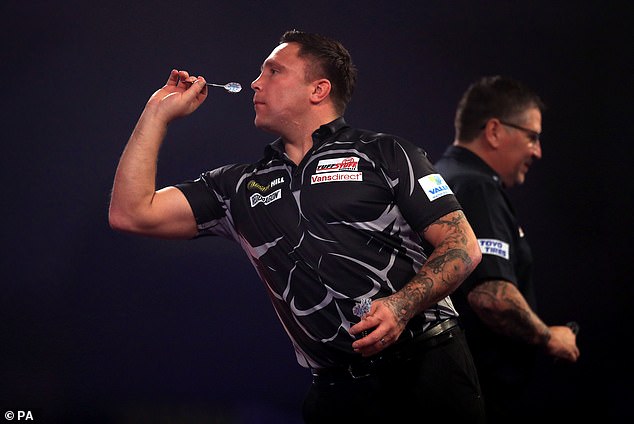 Price, who hit 13 180s compared to Anderson’s 10, appeared to be cruising to his first world crown, but he staggered over the finish line after missing 11 match darts in total.

In the penultimate set, Price failed to hit double 10 and double five to secure the triumph and appeared to have missed his chance as Anderson took the first two legs in the final set.

But Price still scored more heavily than his opponent and, when needing double five for victory in the deciding leg, he stepped away from the oche before finally hitting the winning target.

Anderson was scathing of his own display, but admitted he had not expected to reach the final.

‘To get beaten in the final, yes disappointing, but to get to the final in the first place was a pat on the back for myself,’ he told Sky Sports. 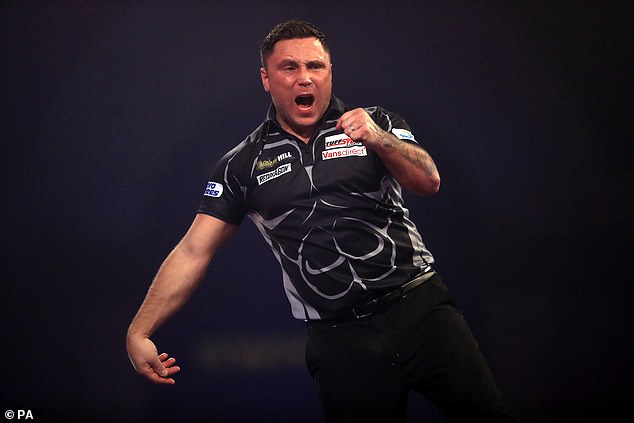 ‘Tonight I just couldn’t get that dart up to treble 20. Doubles, atrocious, but that’s what happens when you do that, you get thumped. But what I’ve done this week is a big bonus for me.’

Price stole into an early lead after coming from 2-0 down to snatch the first set 3-2 after Anderson missed four darts to seal it in the third leg.

Anderson stemmed the tide after losing four straight legs, firing a 180 followed by a 128-finish to take the second leg in set two and then won the next three legs to level it up at 1-1.

Price cruised through the next three sets to take a 5-1 lead and landed his 13th straight double-top finish to take the first two legs in the seventh set.

Anderson stopped the rot in the seventh set after losing six successive legs to pull it back to 5-2 and then 6-3 as Price lost momentum and began to waver.

But the Scot could not take advantage in the 10th set, letting slip a 2-0 lead before Price finally landed match dart at the 12th attempt.