By Dominic King for MailOnline

Liverpool are fretting on the fitness of Alisson Becker after the Brazil international suffered a calf injury that ruined their opening night.

Alisson, who has been such a resounding success since he arrived at Anfield 12 months, was substituted in the 39th minute with a calf problem. He was helped from the pitch by Andy Massey, the club doctor, and refused to take up the option of leaving on a stretcher.

Though Alisson tried to wave reassuringly to the crowd who sang his name, the manner in which he crumpled to the floor has raised fears that he could be set for a prolonged lay-off.

He will definitely miss the European Super Cup final next Wednesday but it is feared the absence could be greater.

Adrian, the former West Ham No2, took over in goal for the 4-1 win over Norwich and he will start against Europa League winners Chelsea in Istanbul. It is a dramatic start to life on Merseyside for the Spaniard, who was only recruited on a free transfer on Monday.

The immediate concern, however, is with Alisson. He will undergo tests on Saturday to determine the extent of the damage but the indications are that Liverpool are bracing themselves for challenging news about one of their main players. 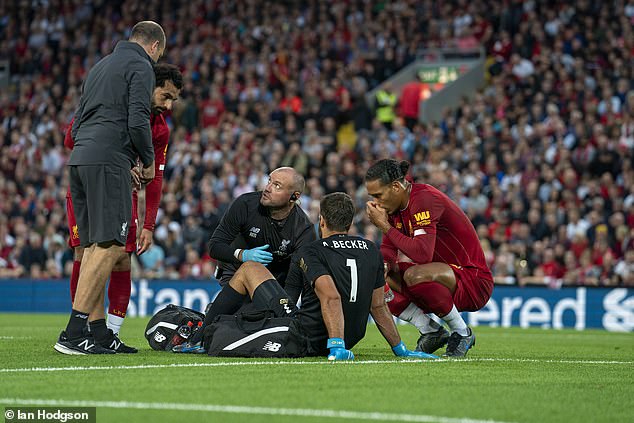 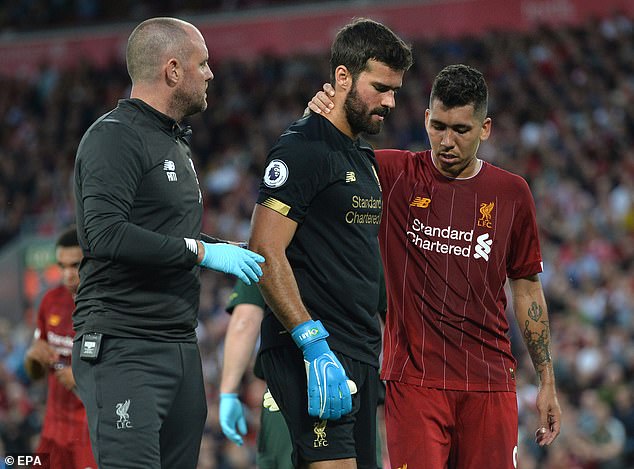 Alisson was flocked by his team-mates checking on his well-being, before being helped off

‘There is nothing bad to say about the game except the Ali injury,’ said Klopp. ‘That is not good for us. But we have to see how serious it is and then we have to deal with it. It is the calf. He couldn’t carry on. That is not a good sign.

‘He felt his calf. He looked behind him because he thought something hit him ‘He will not play on Wednesday, I can say that already with all my experience. A tear? Maybe but you cannot say that without the scan. He is injured for sure. We have to see how much.’

Liverpool sold Simon Mignolet to Club Bruges last Sunday but they are threadbare in their goalkeeping department and needed to take Andy Lonergan, the former Preston and Middlesbrough man, on their United States tour due to Caoimhim Keheller (wrist) and Vitoslav Jaros (elbow ligaments) being injured.

‘Kelleher broke his hand but is back in training – not 100 per cent but we have to see. [Varos] had an elbow injury – we are a bit short,’ he said. ‘Adrian is a very confident guy. He didn’t want to sit only on the bench for the next couple of years. 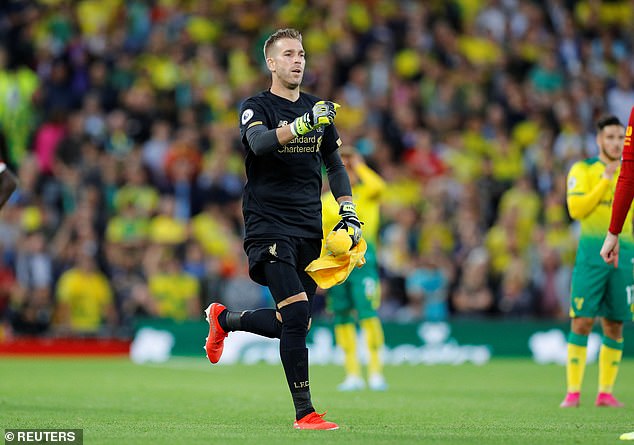 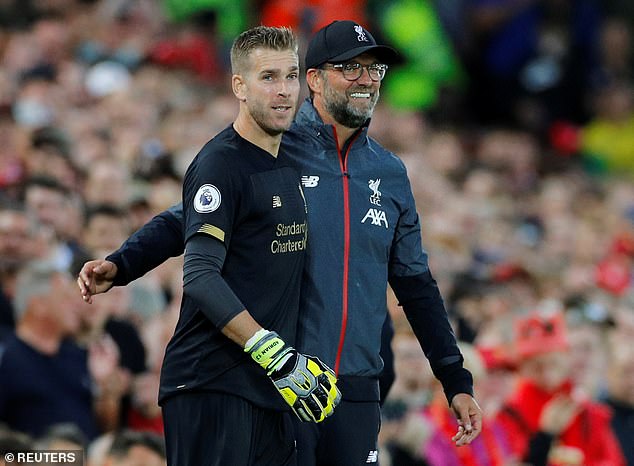 ‘He made himself ready but in a situation like this you want someone who played the league, is ready, a calm guy good with his feet which is really important for us. But we don’t want a situation where one goalie is fit.’

In terms of football, there were areas in which Liverpool definitely needed to improve but four first half goals gave Klopp reason to be pleased. He hopes it is a firm platform from which they can build in the coming weeks.

‘We played an opponent who will cause problems, the way they play it is really good. They are cheeky like hell and do what they do no matter what happens around.’