The Premier League had its first exposure this weekend to the new rule changes introduced by football’s law-makers IFAB over the summer.

The opening weekend of the English top-flight season saw players – and officials – get to grips with the various tweaks.

We take a look at how the Premier League dealt with the changes during matchday one.

Free kicks: No attacking players allowed in the defensive wall

Players from a team that wins a free-kick within shooting range are no longer allowed to ‘infiltrate’ the defensive wall set up by the opposition.

They must stand at least one metre away or risk the punishment of an indirect free-kick being awarded against them.

This change was enforced on the whole, but Liverpool came up with a novel way of getting around it during their 4-1 win over Norwich City on Friday night. 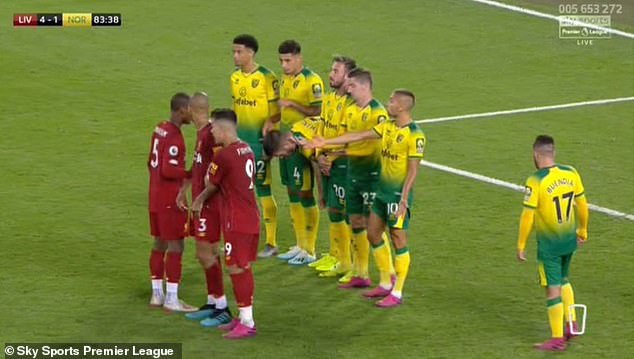 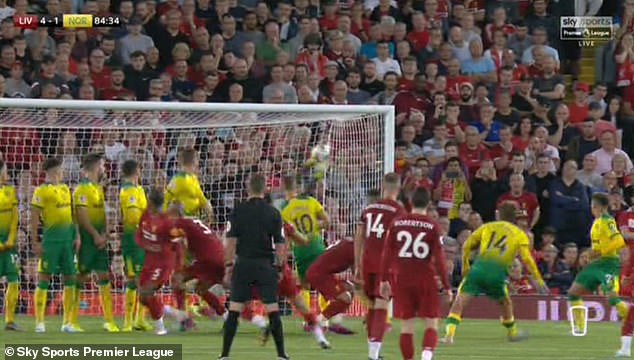 Jurgen Klopp found a loophole in the rules by asking his players to construct their own three-man defensive wall a metre in front of Norwich’s, thus obstructing the view of the Norwich defenders and keeper Tim Krul.

The Liverpool players then ducked out of the way when Trent Alexander-Arnold struck the free-kick.

Tottenham used a similar tactic as Christian Eriksen stepped up to take a free-kick during their 3-1 win over Aston Villa on Saturday.

Former referee Chris Foy said: ‘It’s within the letter of the law’ meaning other teams could well follow suit. 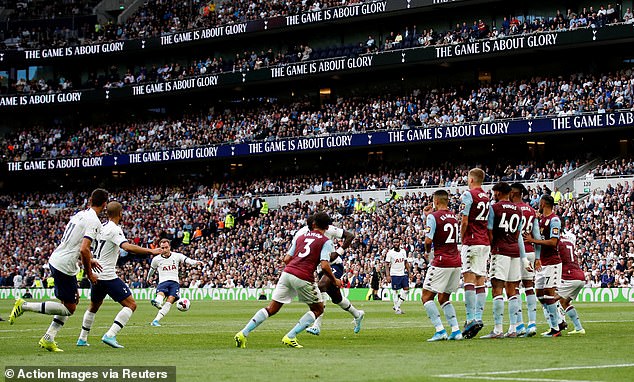 Goal kicks: Receiving the ball inside the penalty area

Previously, the ball had to leave the penalty box from a goal kick before play could move forward but that requirement has now been removed from the rules.

Given that many teams now like to play the ball short from the keeper, this suits them, especially as opposition players must remain outside the box until the ball is moving. 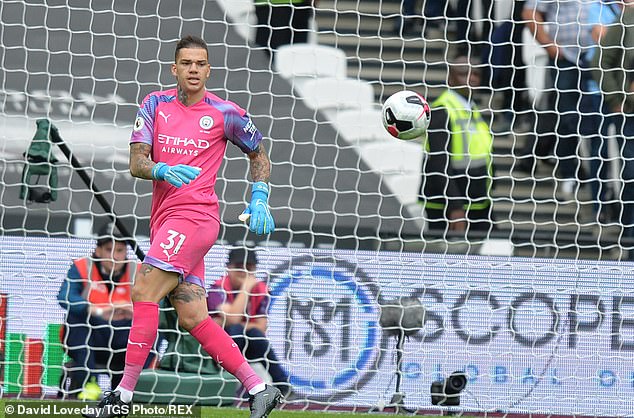 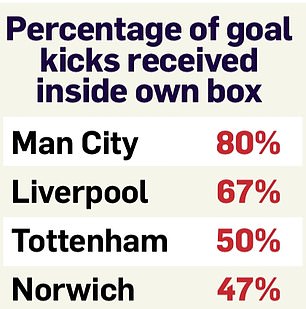 It probably comes as little surprise that Pep Guardiola’s Manchester City sought to exploit this new rule more than most.

80 per cent of their goal kicks during their 5-0 win at West Ham on Saturday didn’t leave the box as Ederson played it short to a waiting defender.

Two-thirds of Liverpool’s goal kicks were short and half of Tottenham’s as teams play out from the back.

It was also a reflection of Norwich’s intent to attack that 47 per cent of their goal kicks went short.

Substitutions: Players must leave the field at the nearest point

In an effort to clamp down on time-wasting when teams make substitutions, players going off must now leave the field by the nearest point on the touchline.

This was generally observed but Tottenham’s Erik Lamela became the first player booked for failing to adhere to this new rule. 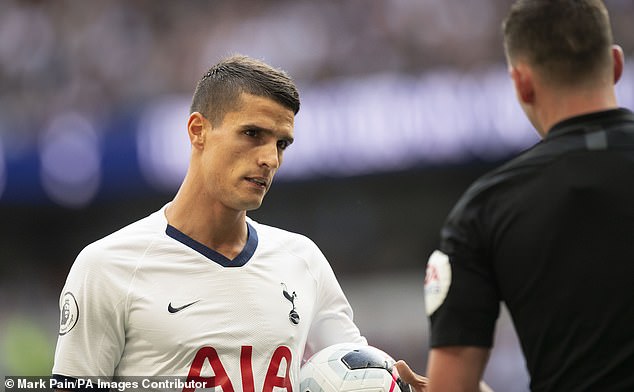 Please can someone explain the new sub law this season.. where a player should leave the pitch at nearest exit point, 2 Villa players walked 50yds across the pitch yesterday from far side to near, way longer, ref does nothing.. Lamela does the same & gets booked.. Explain please.

So a goalkeeper can literally take his time on a goal kick 7,8,9 times before getting booked, but a player (Lamela) who leaves the pitch as a substitute, takes the long route off the pitch, wastes 1/5 of the time the goalkeeper has bit gets booked.

He was replaced by Georges-Kevin Nkoudou in the 88th-minute of Spurs’ victory over Aston Villa on Saturday and trotted right across the pitch to the technical area.

Because he hadn’t exited the field at the nearest point, referee Chris Kavanagh had little option but to present the yellow card. 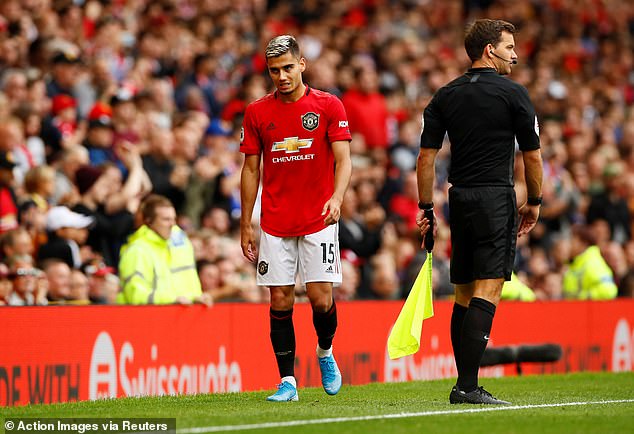 The summer saw a clarification of what does and doesn’t constitute handball with players told they cannot make their body ‘unnaturally bigger’ by sticking out their arm or hand to block the ball.

The opening weekend saw what is likely to be the first of many contentious handball decisions in Sunday’s goalless draw between Leicester City and Wolves.

Wolves saw what would have been a winning goal disallowed by the Video Assistant Referee (VAR) after Willy Boly was adjudged to have set up goalscorer Leander Dendoncker with his arm. 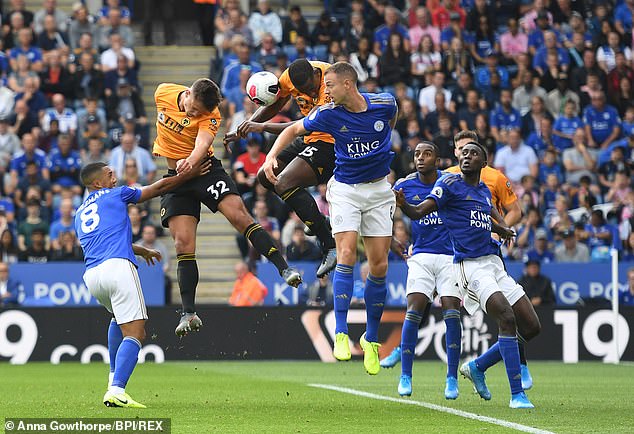 After consulting the VAR, referee Andre Marriner has overturned the goal because there was a handball by Willy Boly in the build-up

The rule change removed the word ‘deliberate’ from the handball regulations and so when replays showed Boly had controlled the ball with his arm, it didn’t matter whether it was intentional or not.

On Saturday, Watford’s Roberto Pereyra thought he should have been awarded a penalty after his free-kick struck Brighton’s Glenn Murray on the elbow.

But after a VAR check, Pereyra was left disappointed. 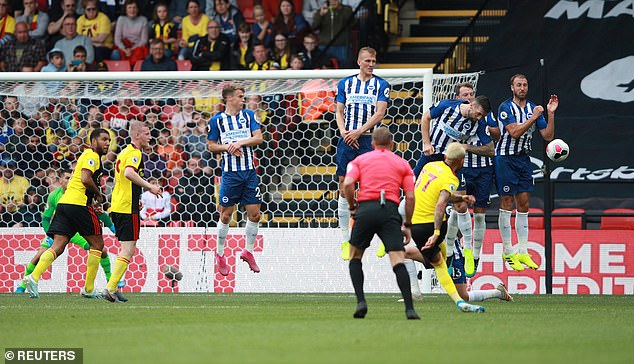 Yellow and red cards: Can be shown to managers and coaches

Referees now have the power to brandish yellow and red cards to managers and coaching staff if they step out of line.

Pep Guardiola had become the first Premier League manager to be shown a yellow card during the Community Shield last weekend.

But no manager or coach was carded during the opening weekend of the Premier League season. 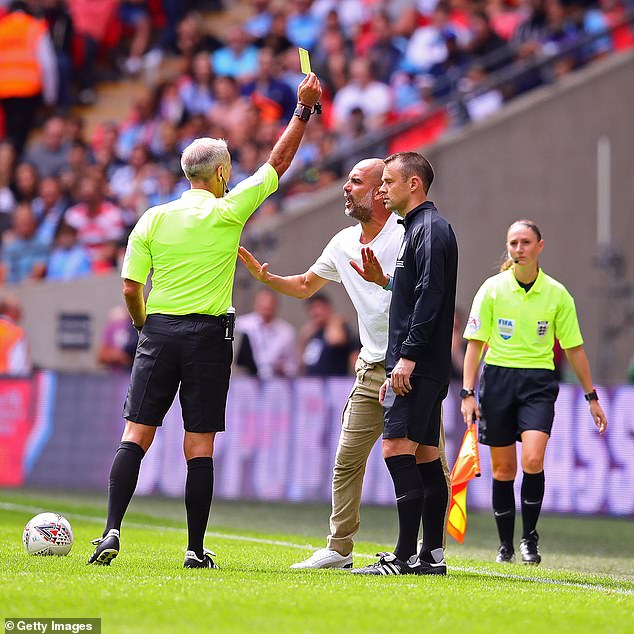