By Jordan Seward For Mailonline

Frank Lampard has been left red faced after labelling David Luiz a ‘hugely important’ player in his EUFA Super Cup programme notes just days before his deadline-day move to Arsenal.

The Chelsea boss had envisioned Luiz being a key player this season but had to let him go after the defender expressed a desire to join Arsenal.

Lampard, who played alongside Luiz during his 13-year career at Chelsea, praised the defender in the match-day programme, which evidently had been written well in advance of Wednesday’s final against Liverpool.

Luiz is yet to make his debut for Arsenal following his £7million move, having been left on the bench for their Premier League opening-day victory over Newcastle.

Lampard, meanwhile, will be desperate to see an improvement from his side after they suffered a 4-0 drubbing at the hands of Manchester Untied on Sunday.

Wednesday’s match in Istanbul represents a chance for Lampard to win his first trophy as a manager. 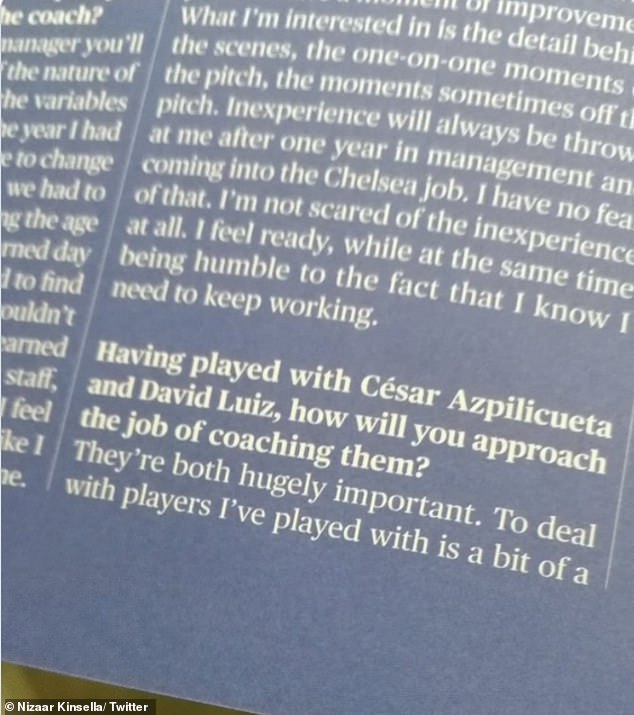 He lost the UEFA Super Cup final twice before during his playing days, and says that is serving as even extra motivation.

‘I want to win,’ said Lampard. ‘I really want to win. If you can win a European trophy against Liverpool, your name goes down in history.’

‘I know first-hand because we lost two of these finals,’ said Lampard, referencing the defeats to Atletico Madrid (2012) and Bayern Munich (2013). ‘When you work hard to get into this game between two champions it is important that at a club like Chelsea we give everything to win it. 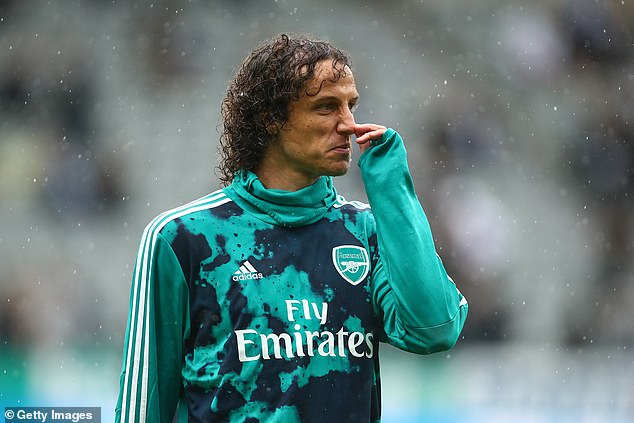 Luiz is yet to make his debut for Arsenal, having been left on bench for the win over Newcastle

‘It means something to us as a club because it is as another trophy. It also would be a really nice start personally but, more than that, it would be a really good feeling for the players with the season coming up that we can compete with Liverpool. Certainly, we understand the importance.

‘I don’t want to give the squad or a young player the ultimatum that if we don’t win then that’s the winning mentality gone. It’s not. I lost semi-finals, finals and really big games with a really good squad. The big picture is how we work together to become a team.

‘I mentioned Eden Hazard leaving, the circumstances around the transfer ban and we need to be clear because of the situation we are in. We need a fresh start. Yes, we need to have a winning mentality but it’s also about working hard every day to get it. This will be a great start towards that.’