The Government is considering giving energy networks the power to switch off a household’s energy supply without warning or compensation for those affected.

A series of ‘modifications’ to the Smart Energy Code have been proposed by officials and look set to pass into law by next spring.

These include giving networks the right to decide when they consider the grid to be in a state of ’emergency’ and the power to switch off high usage electrical devices  such as electric vehicle chargers and central heating systems in British homes.

Under the plans all homes would need to have a third generation smart meter installed, to include a function that allows meters in the home to receive and carry out orders made by the energy networks.

This would dramatically alter the role of smart meters, which are currently capable  only of sending data on energy use to energy networks.

If passed unchallenged, these ‘modifications’ to the law would mean that electric vehicle owners could plug in at the end of the day and wake up without sufficient charge to travel the next morning.

Similarly, central heating systems could be turned off in homes across a whole area if too many electric vehicles are plugged in to charge at once, for example.

Currently, consumers are entitled to compensation if their power supply is cut off, but under these plans, this recompense would likely be scrapped.

There is also a question mark over whether to force households to install the new smart meters, or make it an opt in or opt out scheme.

When energy networks are allowed to declare an ’emergency’, triggering their right to switch off private domestic energy devices, is also so far undefined. 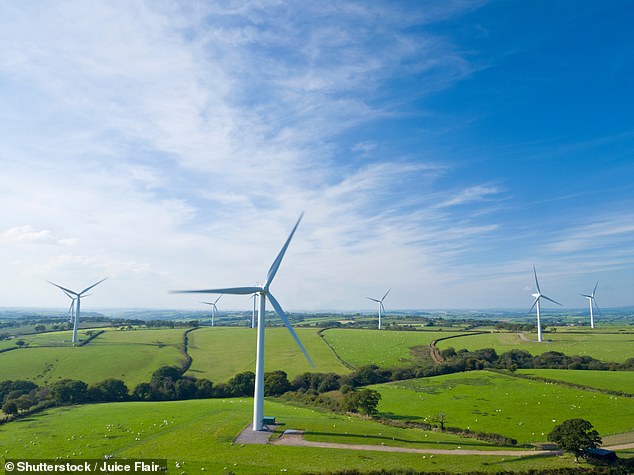 Hartshorn: ‘Electricity networks in Great Britain were not designed to accommodate the significant additional demand that certain consumer devices, such as electric vehicle chargers, presents.’

The modifications, tabled by Richard Hartshorn of Scottish and Southern Electricity earlier this summer, argue that networks must be given these powers if major power cuts are to be avoided as the UK switches from fossil fuels to renewable energy sources.

Currently, there’s no definition of when networks would be allowed to declare an emergency and therefore gain access to household devices.

However, it’s likely to be in scenarios where energy supply is under significant pressure and cannot meet demand.

The only available definition of what this looks like reads: ‘Emergency conditions might arise where the condition of an energy system poses an immediate threat of injury or damage, or during a natural disaster or other emergency, or there is an actual or threatened emergency affecting energy supplies.’

That scenario is more common than you might at first think – and will become more so as the UK moves from fossil fuels to renewable energy sources.

While the power stations were back up and running within 15 minutes, the energy regulator Ofgem reported that 60 trains were shut down without warning after National Rail services were shut off, Ipswich Hospital suffered ‘critical failures’ and Newcastle Airport went completely dark.

He says: ‘Electricity networks in Great Britain were not designed to accommodate the significant additional demand that certain consumer devices, such as electric vehicle chargers, presents.

‘In some circumstances, [energy] distributors will be required to act to find a balance between their obligation to operate cost-effective, safe and reliable electricity networks and the need to support customers who wish to adopt low carbon technologies such as EVs.

‘The distributors recognise the important role that flexibility services providers and market solutions will play in delivering efficient future networks.

‘In the event that market mechanisms fail or do not deliver to the extent anticipated the distributors will still need to protect physical assets from overload caused, for example, by the take up of low carbon technologies by domestic customers.’

The paper claims that ‘distributor smart intervention’ would be a ‘last resort, emergency measure, to protect customers’ security of supply and the network assets’.

But critics have slammed the proposals.

Clementine Cowton, director of external affairs at Octopus Energy Group, said: ‘Network companies are monopolies where every pound they make gets added to energy bills, and in return their only job is to deliver the power we need, when we need it.

‘Some are now trying to twist the rules so they don’t even have to do this – they want to reach into our homes and turn stuff off when it suits them.

‘Great British businesses have already created ultra cheap digital technology to avoid the need for this. Instead of using clockwork solutions in a digital world, companies like these should move into the 21st century or let someone else do the job for them.’

Any member who signs up to the Smart Energy Code is entitled to make recommendations to introduce ‘value added services’ like these to Ofgem, which then consults with the industry and consumer groups such as Citizens Advice before approving changes.

Ofgem has previously stated that appointing a flexibility provider – an energy provider that can flex energy supply up and down using existing smart meters and without these extra powers – should always be the first choice to solving these types of challenges.

However, while the plans are not yet confirmed, a source close to the discussions told This is Money that Ofgem was minded to support the changes, and that the Department for Business, Energy and Industrial Strategy would be ‘open to’ proposing legislation that forced customers to install smart meters that allow networks to control domestic energy supply.

A BEIS spokesperson said: ‘Network companies cannot remotely “turn off” smart meters, nor could they control the amount of energy supplied to homes without the express consent of consumers.

‘Any proposals from network companies to do this would be rigorously challenged by Ofgem which serves to protect consumers.’

A statement from Ofgem said: ‘The process to consider this proposal is ongoing, and a decision is not expected before spring 2021.

‘We will take the final decision on whether this proposal is approved, taking into account our statutory duties to protect current and future consumers.

‘We would expect the proposer to provide further clarity on the governance arrangements that would apply, including the definition of an emergency situation and how consumer interests would be protected, before this modification is submitted to us for decision.’

Could you cut your energy bills… or help the planet and go green?

Millions of people could be needlessly overpaying for their energy as they fail to switch to providers who offer cheaper deal.

They may also be missing out on the opportunity to help the planet and fight climate change, by switching to green deals that offer electricity from renewable sources and more environmentally-friendly gas.

With our partner, Compare the Market, you can compare energy tariffs and exclusive deals. Why not find out if you could save hundreds of pounds a year on your energy or go green?

>> Check to see if you can start saving money now