By Alec Fenn For Mailonline

The newly-formed club will join MLS at the start of the 2020/21 season, which kicks off next March and Becks is still on the look out for a manager.

Beckham struck up a relationship with Ancelotti during two spells working under the Italian at AC Milan and Paris Saint-Germain. 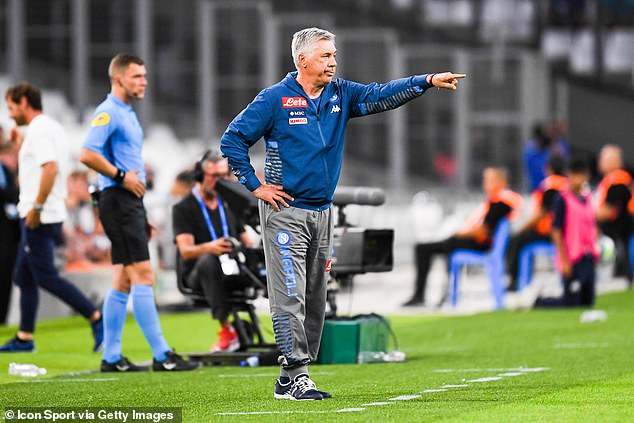 Napoli head coach Carlo Ancelotti is reportedly on his radar, but is under contract until 2021 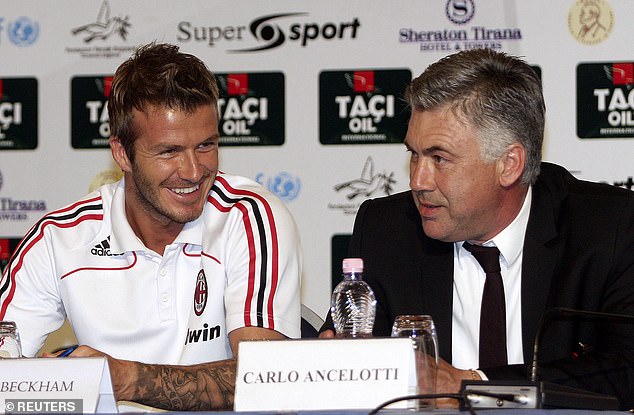 The 60-year-old is currently in charge of Napoli and is under contract until 2021, having signed a three-year deal with the club upon taking charge in May 2018.

However, The Sun has reported that the club are confident of luring Ancelotti to America, with co-owner Jorge Mas hinting at his identity last week.

Beckham has been busy building his Inter Miami squad, with the club announcing their first two signings last week.

Argentine teenagers Matias Pellegrini and Julian Carranza, both 19, have joined from Estudiantes and Banfield.

‘I think you will see if you look at our young signings, we’ve made substantial investments in them,’ he said.

‘We’re going to couple them with players who have played in Europe who are very well known.