By Nathan Salt For Mailonline

David Beckham rolled back the years as he pulled on his football boots to play alongside his three sons at Loftus Road on Friday.

Beckham, alongside sons Brooklyn, Romeo and Cruz, was pictured at the ground of Queen’s Park Rangers wearing Manchester United new home shirt, inspired by the 1999 Treble-winning team he was part of.

But eagle-eyed fans quickly noticed that 16-year-old son Romeo defied the United narrative as he took to the pitch in a pair of Arsenal shorts, showing his commitment to the north London outfit. 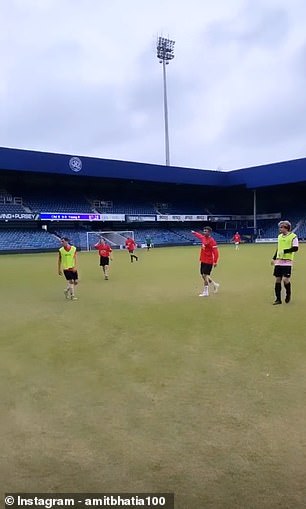 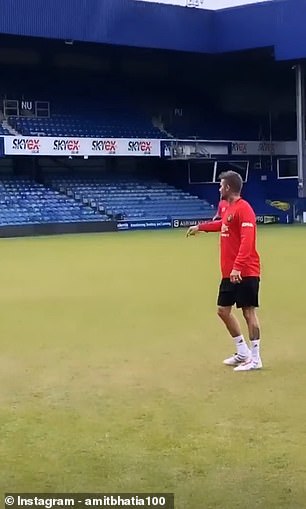 The home kit the Beckham family played in pays homage to the Treble-winners from the 1998-99 campaign.

Sir Alex Ferguson’s side won a historic triple of Premier League, FA Cup and Champions League, the latter won in dramatic circumstances thanks to stoppage-time goals by Teddy Sheringham and Ole Gunnar Solskjaer against Bayern Munich.

However, the new kit – inspired by the special ‘European’ strip United worn between 1997 and 2000 – will be worn in a season in which United – now managed by Solskjaer – will not be competing in Europe’s elite club competition.