The US Navy has been studying young Marine Corps recruits to determine how the novel coronavirus pandemic is affecting the armed forces.

The COVID-19 Health Action Response for Marines (CHARM) study has been looking at Marine newcomers between ages 18 and 19 since May 4.

Scientists at the Naval Medical Research Center say the primary focus is to learn how the virus affects at-risk training environments, such as basic training, so recruits can meet graduation standards and requirements.

Additionally, they hope to shed some slight on questions not fully understood about the virus including why some young people have vastly different symptoms and whether or not they can be re-infected.

The US Navy is looking to recruit 3,500 18- and 19-year-old Marine recruits for its COVID-19 Health Action Response for Marines study. Pictured: A poolee is medically screened at The Citadel in Charleston, South Caroline, May 4, 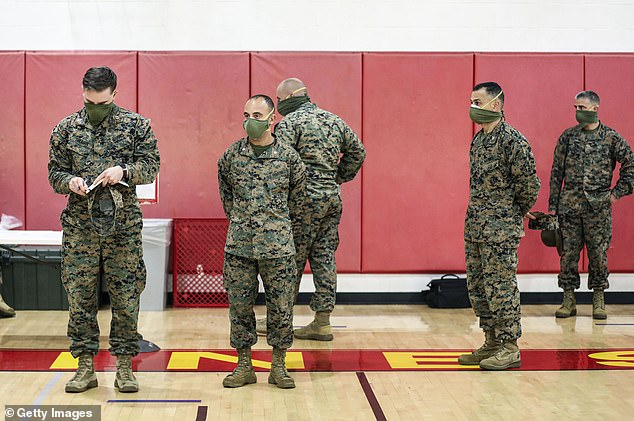 Researchers also want to learn why some young people show few to no symptoms but others have more severe cases. Pictured: Marine Corps instructors stand while recruits receive their issued gear at the Marine Corps Recruit Depot  on April 13 in San Diego, California

‘There really isn’t another cohort out there that is looking at young healthy Americans that have been brought around from all over the United States,’ lead s author Cmdr Andrew Letizia, an infectious disease physician with the US Navy, told ABC News.

Recruits quarantine for 14 days in the Atlanta area before arriving for six week of basic training at Marine Corps Recruit Depot Parris Island in South Carolina.

During their first week, they receive a blood, nasal and saliva test to determine if they are positive for COVID-19.

According to ABC News, they get similar tests the following week and are then tested every two weeks.

Researchers hope to identify anyone who is infected with the virus, even if they have few to no symptoms, and to measure weekly antibody production among those with more severe cases.

According to a press release, this will help the Navy learn how to immediately put in place safety measures to prevent an outbreak.

The team also hopes to learn why some immune system response vary so that some young people get very sick and others don’t even know they’re sick.

Lastly, the study aims to identify a quantifiable measure that will allow recovered recruits to return to work, even at the risk of possible re-exposure.

‘We know that COVID-19 seems to not be as severe in these young healthy Americans, and the question is: “Why?”‘ Letizia told ABC News.

‘What is it about their immune system that is slightly different and allows them to have – if they do get infected – maybe no symptoms at all, or maybe fewer slight symptoms that they’re able to quickly overcome.’

He added that the study could help universities and colleges determine how and when to bring students back to campus because the recruits are all college-age kids. 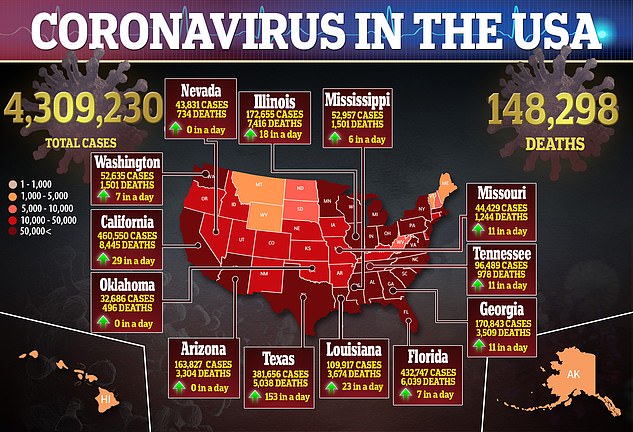 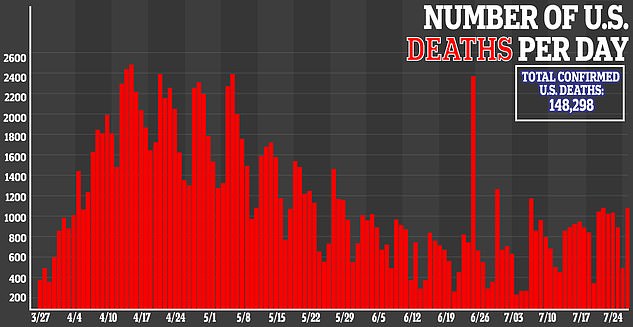 Letizia told ABC News that he described the antibodies to Marines as ‘the bombs and the missiles and the tanks’ needed to fight the disease.

However, he added that it is just as important to see how the equipment is produced in ‘a factory’ (in this case, the human body) and why.

‘Well, the factory needs to receive an order from somewhere, telling it ‘Hey, you need to make more of these things,” Letizia said.

This marks the second large scale COVID-19 study conducted among military members with the first looking at sailors aboard the USS Theodore Roosevelt.

At least, 5,793 sailors have been infected with the virus since the start of the pandemic and one has died, according to the Navy’s blog, Navy Live. 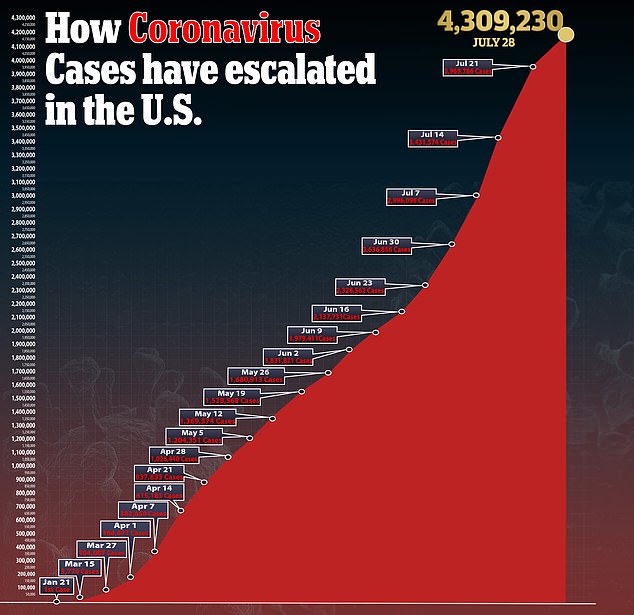