BUMBLE AT THE TEST: It appears Tim Paine lost his cool the day before the Ashes… and watch out for a Peaky Blinders special at start of Sky’s coverage on Friday

By David Lloyd for the Daily Mail

England were left to rue their brilliant start on the first day of the Ashes as Australia’s Steve Smith returned in style.

Joe Root’s men had their old enemy at just 122 for eight but a brilliant century (144) ensured Australia ended up on 284 all out before England finished the day on 10 for no loss.

Here, Sportsmail columnist David Lloyd looks back at an enthralling opening day at Edgbaston on Thursday…

WILL BAN BOYS BE WELCOME?

There’s no getting away from it. This is a huge Test for Steve Smith, David Warner and Cameron Bancroft now Australia have got the banned back together. And Smith was brilliant on Thursday. The big thing for me is not the pantomime booing but have they been welcomed back by their team-mates and the Australian public? I’m all for giving anyone a second chance. 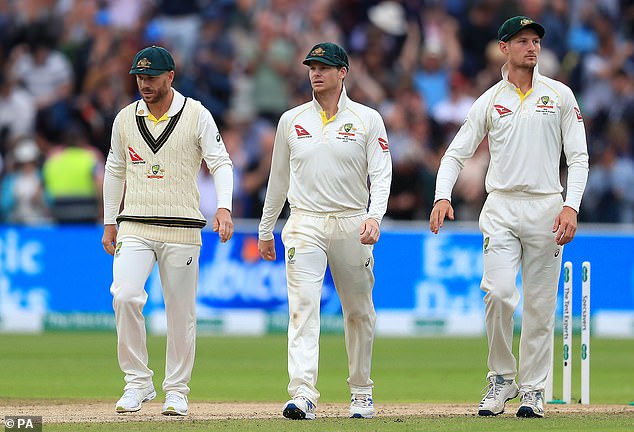 This is a massive Test for Smith, David Warner and Cameron Bancroft at Edgbaston

Watch out for a Peaky Blinders special at the start of Sky’s coverage on Friday. We filmed it at the Black Country Living Museum in Dudley where the TV show is recorded. It was like a village from a bygone era and was absolutely fantastic. Someone said, a little unkindly, that with me and Nasser involved it should be called the Beaky Blinders.

It appears Tim Paine, this jolly chap who captains Australia, lost his cool the day before the Ashes. And we hadn’t even started! He reckons he knows 15 more intimidating grounds than Edgbaston. The obvious question is – name them! I can only surmise he hadn’t much experience of playing at this famous old ground. Until he gave it away on Thursday. 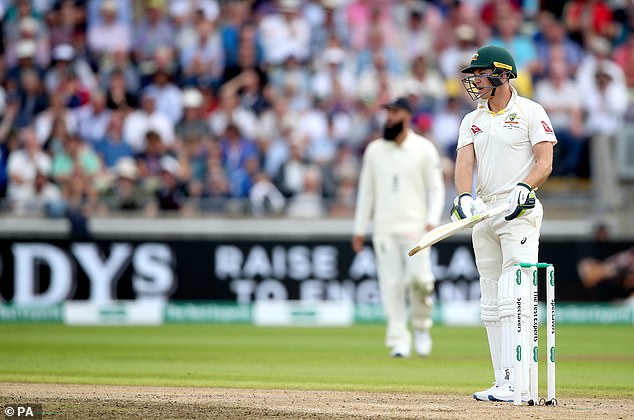 Australia captain Tim Paine, who was caught out for five, lost his cool the day before the Ashes

…. WHAT WOULD DAVID SAY?

Mind you, Tim didn’t get off to the greatest start in his press conference when he tried to quote Winston Churchill. They turned out to be words more commonly associated with David Icke! I wonder if we will use any more of the old TV presenter’s quotes? Like the world is going to end next week? Or that the Queen is a giant lizard? That will be his knighthood gone if he does!

England will be holding their breath with Jimmy Anderson. He had looked so good coming into this game. Jimmy had done so much running and bowling building up to this Ashes but it seems to be a recurrence of his calf injury. And if it’s gone again he can kiss goodbye to this series which is a huge blow to him and England. 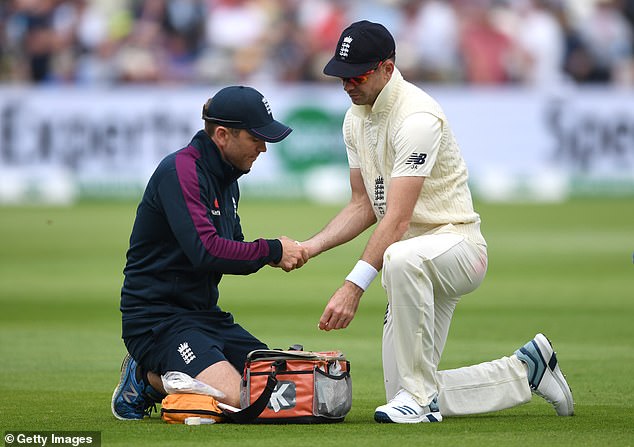 England will hold their breath with Jimmy Anderson, who looked so good before this Test

But at least England still had four bowlers without Anderson which is the beauty of Ben Stokes and the balance he brings to the team. Australia meanwhile have got three seamers and one spinner which is a gamble, especially with the fitness records of their bowlers. I just can’t see anybody else in their team who could chip in with a few overs.

BROAD HAS GLINT IN HIS EYES

But with Anderson gone his old partner Stuart Broad stepped up again. The most pleasing thing with him on Thursday was his pace. Broad averaged 86 miles per hour and clocked 90 at times which is a real good effort. His legs were pumping and you just sense when Stuart is really pushing. You can see it in his eyes when he means business. 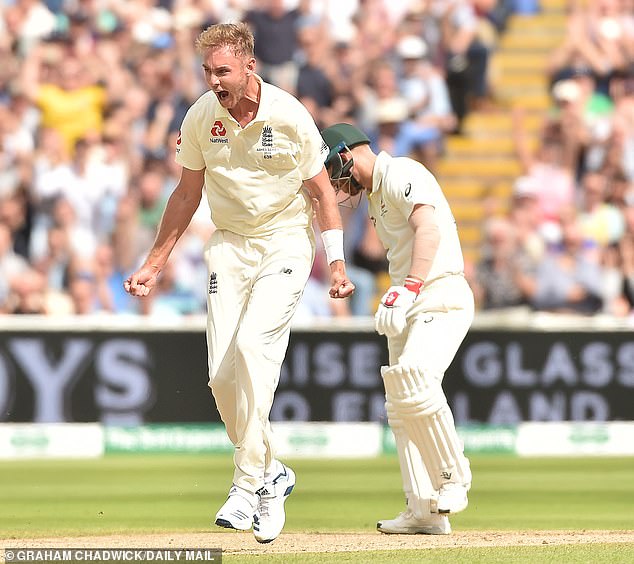 With Anderson gone, his old partner Stuart Broad stepped up to the plate once again