Brighton boss Graham Potter hails the ‘quality, courage and effort’ of his players after famous Anfield victory… as Jurgen Klopp admits the Seagulls deserved to win

By Dominic King for the Daily Mail

Graham Potter hailed Brighton‘s ‘sensational’ players after they secured the club’s first win at Anfield in 39 years with a complete performance.

While Jurgen Klopp felt Liverpool lacked ‘mental freshness’ after back-to-back trips to London over the weekend, Potter was overjoyed by arguably the biggest victory of his reign at the club, one that continues Brighton’s excellent recent form.

Klopp held his hands up and admitted Brighton deserved their victory and Potter, who bellowed his delight at the final whistle following Steven Alzate’s 55th minute goal, insisted there was nothing fortuitous about how his team executed his plans.

‘It showed character,’ said Potter. ‘We defended our box and were aggressive in how we tried to press them. I’m so proud of the players, I’m delighted for everyone at the club. Our performances have been good this season. If you get wins and points, belief grows.

‘The players were sensational off the back of a game against Tottenham that was really tough. They left everything on the pitch and I am so, so pleased for them. It’s not an accident. We deserved the three points, we didn’t park the bus. It was quality and courage and effort.’

The only blight on the night for Potter was a hamstring injury for Solly March that he says ‘does not look good’ but Klopp – who was without goalkeeper Alisson Becker through illness – has much to consider ahead of Sunday’s shootout with Manchester City. 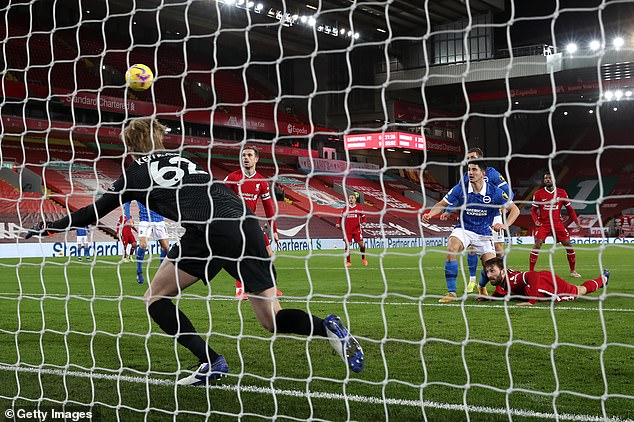 ‘Brighton rightly so won the game,’ said Klopp. ‘They were fresher than us, they did more good things than we did and we lost too many easy balls. The best way to defend Brighton is to keep the ball and then you have control. We didn’t create a lot, for me the team looked mentally fatigued.

‘That leads to not the best play as well. It was a tough week. We were not fresh enough which means we were not good enough to break the formation of Brighton and in the end they scored a goal and had other chances.

‘They scored and that is why they deserved to win.’ 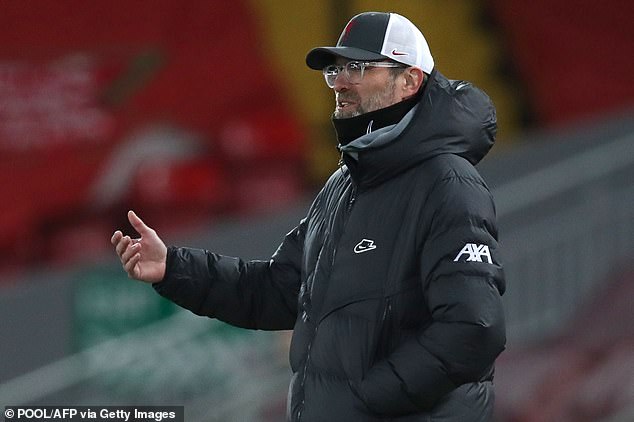 Liverpool 0-3 Napoli: Woeful pre-season continues for Reds as they are...